Today Greg came over to help. We started with working on the induction scoop. I noticed that the screws through the firewall no longer were in alignment.

When I bonded the two pieces, the diffuser duct and the aerodynamic cover, I had the screws through the firewall/diffuser and clecos in the cover. Unfortunately, I did not put enough pour foam on the first pour. So more had to be added. When I added foam to fill the voids, unfortunately, I did not think to put the screws back in place. The force of the pour foam was enough to change the alignment.

So we cut the two apart at the foam, and created some space so that we could again re-jig the diffuser in place with the screws and the cover with the clecos. After bonding, we still needed to add a bit more foam in a few locations, but this time we were smart enough to put both clecos and screws back in. In addition, a small block was bonded on the start of the naca to maintain alignment.

Once that was taken care of, we carved the foam and prepped for layup. The layup was made with 2 ply carbon bid tapes to structurally attach the diffuser and cover.  Once again, it was  clecoed in place. As I am writing this, I realized I forgot to put the screws in. Luckily, I just ran to the workshop, and they were still in proper alignment. Guess I don’t learn very quickly.

In addition to working on the inlet scoop. I spent some time on the ailerons. The left aileron is proud of the wing surface, and we have taken as much micro off the aileron as we can. So we taped off a 1 1/2 inch area on the wing around the aileron to fair the two together.

While doing this, the seams on the inboard and outboard seams were dressed with flocro. I used 1/16 sheet wax to set the gaps as per the plans. In actuality, the 1/16 sheet wax  .0075 undersized. So I left the backing paper on, and it is within .002, close enough. The leading edge seam will have to be opened up, and will then get the flocro/sheet wax treatment. 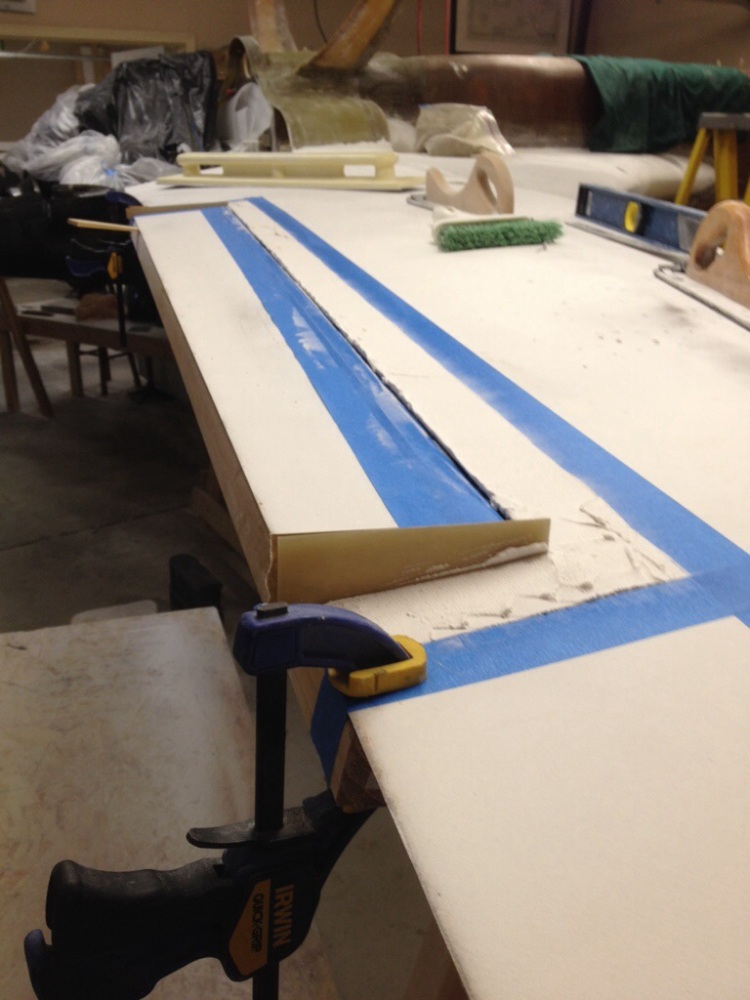 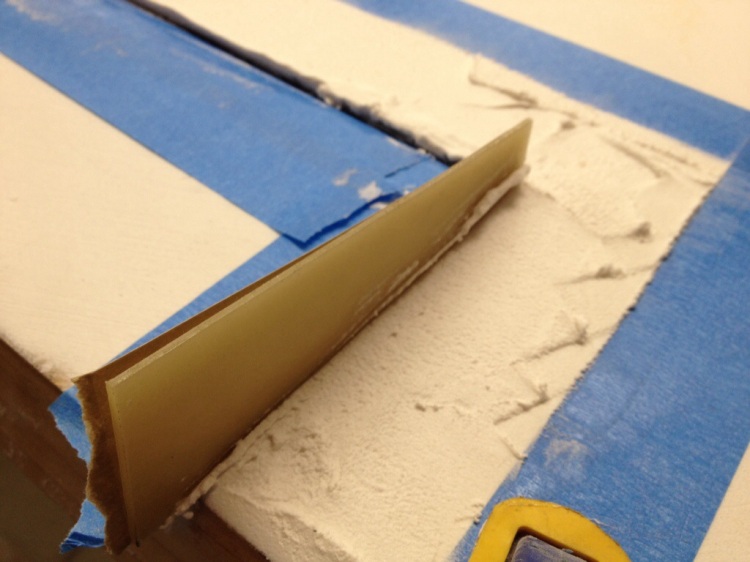 The right aileron was microed, but not sanded. So that was sanded down to allow it to be re-installed. Then was contoured in place.  There is still a bit of micro that can be removed to lighten that aileron. The good news is, the right aileron is matching the wing much better. I don’t think that we will need to add micro to the wing to fair the two together. However, the seams will all need the flocro treatment. That will come in the next few days. 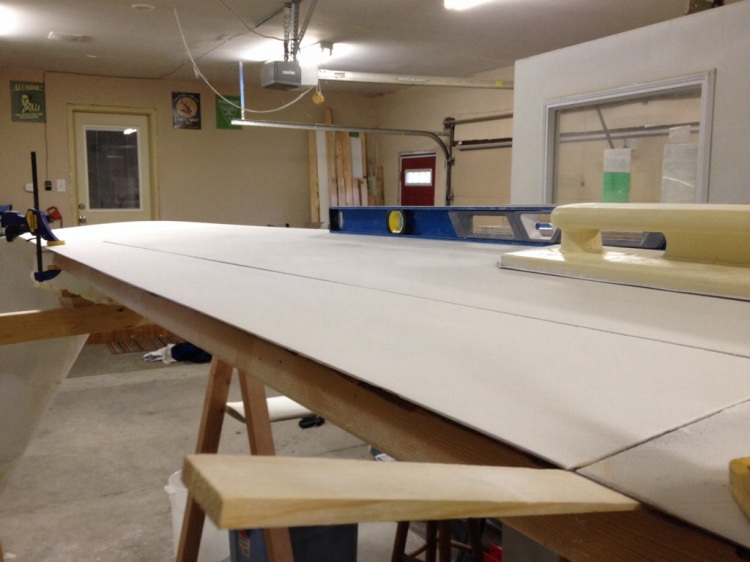 One last thing was done today, and that was a layup on what I will call  the upper cowl trailing edge socket. It is the part of the trailing edge that captures the lower cowl trailing edge. There was exposed foam here which needed to be covered, and an area needed to be made to allow installation of a nut plate. It was a simple layup, but required 2 ply because of the small area and complex curves. The single ply I had planned spread apart slightly, so for full coverage I used 2 ply.

Thats it for today. Tomorrow has layup trimming, some aileron sanding, one more layup on the induction inlet, and maybe getting the landing break prepped and micro applied. 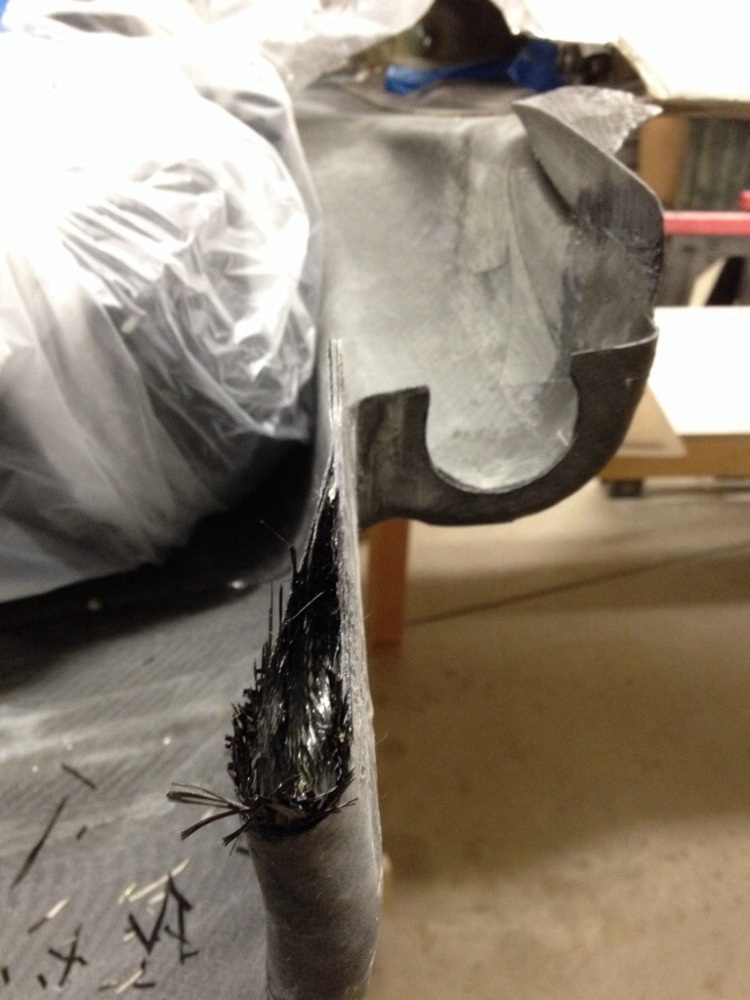