Today Greg was in the shop with me. I showed him the progress on the gear doors since last time he was here was when we had our no good day and found out the gear doors weren’t working with the old setup.

Many other builders have well documented the process, which makes this easy. I am basically following James Redmon’s process on his Berkut 13 website. I cut a hockey puck to a tear drop shape and cut a 1/8″ piece of phenolic to match. It looks awful small resting in place on the airplane, but steps were taken to spread the load. 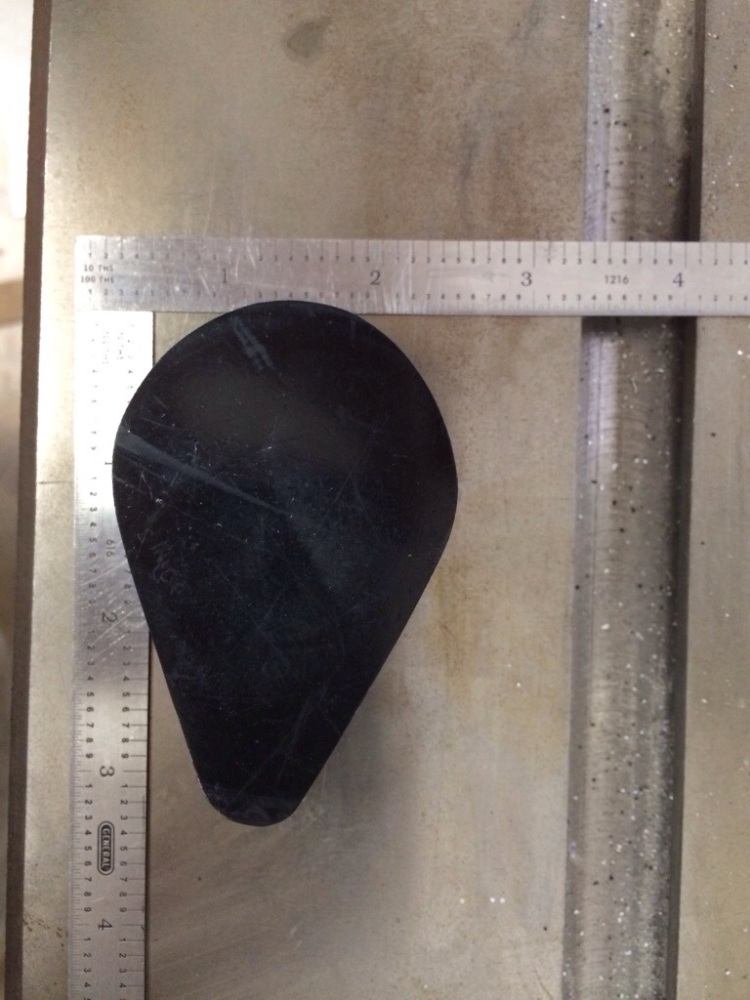 To do this, an 8 ply BID layup is done centered around the puck. Since the puck isn’t directly under a bulkhead, and my airplane will be heavier, this spreads the point load over a larger area bounded by two bulkheads. The 8 plies were made successively smaller to prevent a major bump and subsequent finishing issues with the shape of the nose. This layup was peel plied and allowed to cure. The puck will be added in a secondary bond. 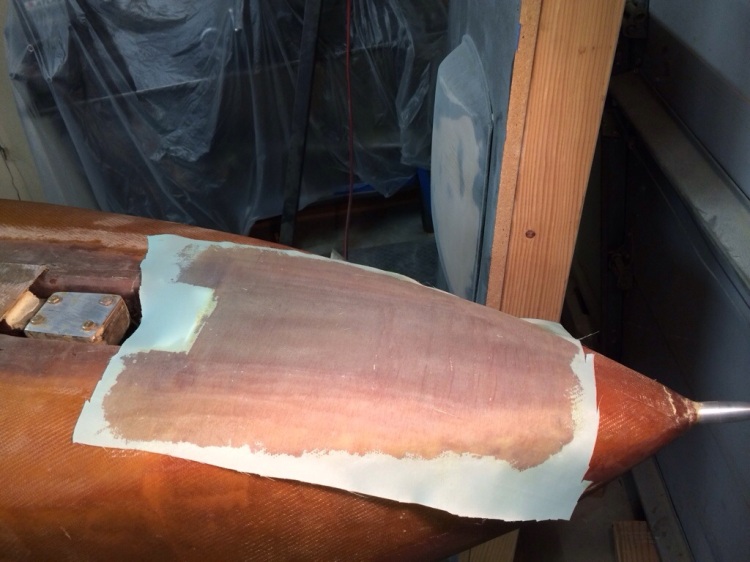 We then started working on actuating the nose gear tire doors. I am using the spring method of actuation. Basically the gear casting hits a spring during the retraction cycle and pulls the doors closed as the spring is drug into the gear well.

The spring location is somewhat critical so that the doors sequence properly and close not too early and not too late. Now since I had already done one set of gear doors I had an idea of where this should be. Luckily, our first try seems to be working quite well.

So we located the hinge, and then had to fasten it to the gear doors. Remember the parts of the hinge system that didn’t work out from last week? Turns out they are perfect hinge attach points. I am just loving that the fabrication time for those didn’t turn out to be a waste. Right now they are temporarily screwed onto the gear doors. But the final method of fastening these will be by using click bond studs to keep the exterior drag free.

We do have a welding rod hoop attached to the gear doors as well. The hoop is in contact with the gear well sides and applies pressure to the doors. This hoop should help in evening out the actuation of the doors and keep both in the same relative position. We do have some more fiddling to do with that as one door is closing much quicker than the other right now. That would be ok, but it is causing the right door to hang up on the nose lift foot.

While there are little things to clean up on the nose gear door system, we are well along the way. A little rigging, some minor secondary layups, and a few fasteners and it is there. I am very happy with how it is turning out.