Today Greg and I spent the better part of the day contour sanding the primer on the bottom of the fuselage. It is looking really good for only 3 coats. There are still a few localize low spots, but only the depth of the primer. Which brings up another point.

Greg and I had a discussion of what the standards should be for a primer surface that is intended to fly. I have been priming and sanding and priming and sanding, rinse wash repeat, on the cowl and still ready to do more. Greg reminded me that in a year or ten I am going to have to completely sand off the primer and start again when we go to paint. So there were a lot of times today I had to remind myself that a surface is, “Certainly within tolerances for flying in primer.” Plus I am at a point in the project that flying sooner with some surface imperfections in primer would make me much more happy than trying to get a perfect primer surface. So a balancing act will have to be done between these two.

In this same vain, we decided to try spraying on the UVSP on the cowl. It was basically a test to see how much better the surface was when spraying than when rolling on the primer. The goal was to have a surface that didn’t have the eggshell texture. I do have to say that at first I was disappointed in the surface. But as it flowed out, it got much better. It is certainly worth spraying the final coat instead of rolling. Of course the surface was worse in some areas where I flooded on the primer and have big runs. A paint sprayer, I am not. But I will learn! 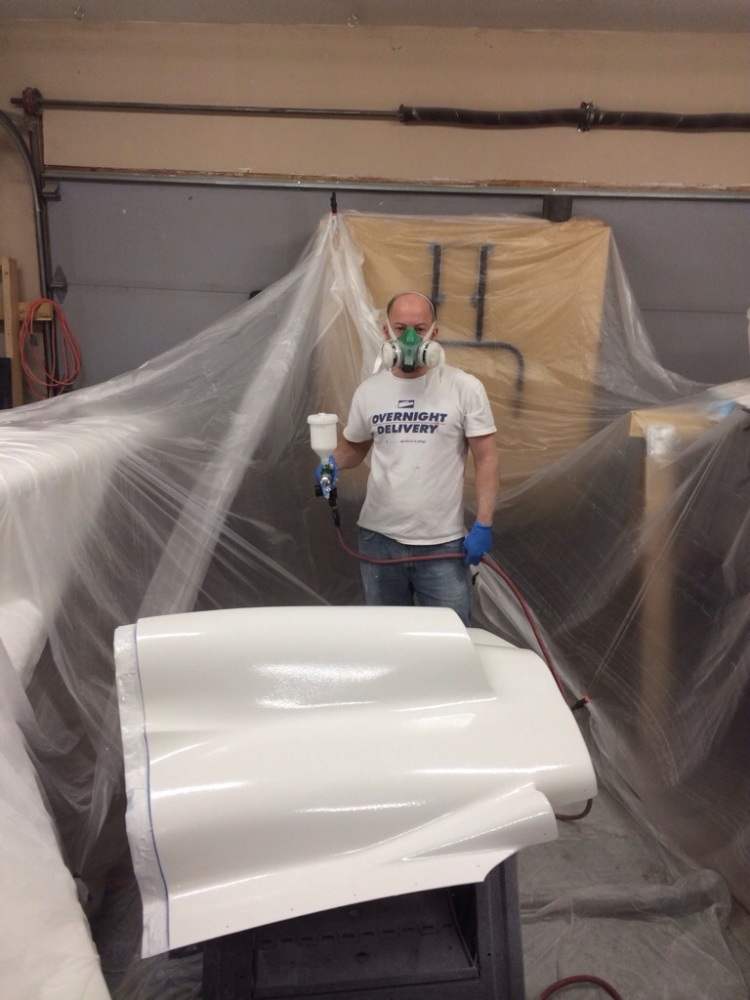 This was supposed to be the last coat of primer before flying, and I guess it will get sanded once more, and maybe one more light coat on the cowl. We shall see.

Off to the stimulator tomorrow, so progress will be slow for a bit, but I think we are going to be rolling the EZ sooner than later! 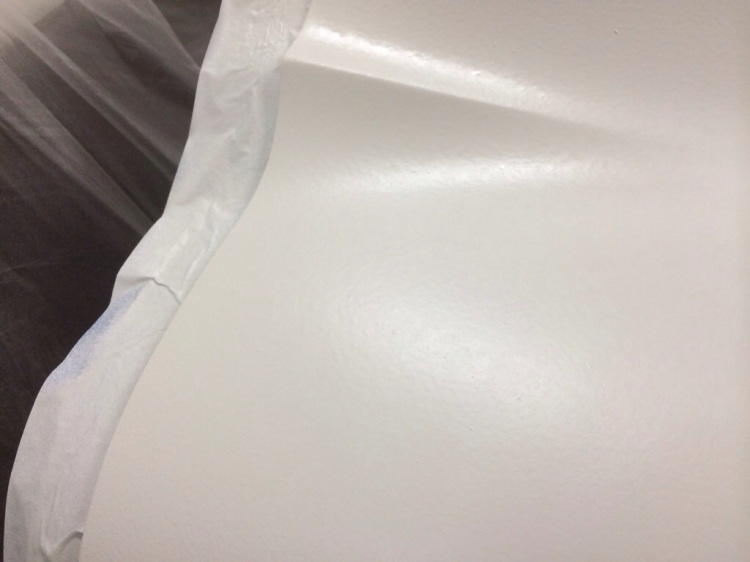