For the first time in a long time, Jon and I were able to coordinate our schedules and get time in the workshop together. We started up where Greg and I left off yesterday.

There were a few things to finish prep sanding on, as well as some masking to do. Then we used flox to bond on the top forward deck of the fuselage. This was then bid taped on using 2 plies inside the fuselage and outside.

While we were doing that, we also glassed the replacement F28 bulkhead as well as the top of the elevator root fairings. This was also 2 plies bid per side by the plans. Once everything was laid up, we put an incandescent bulb inside the fuselage and used foil to heat tent the area to aid the cure. I can’t wait to see how it ends up. 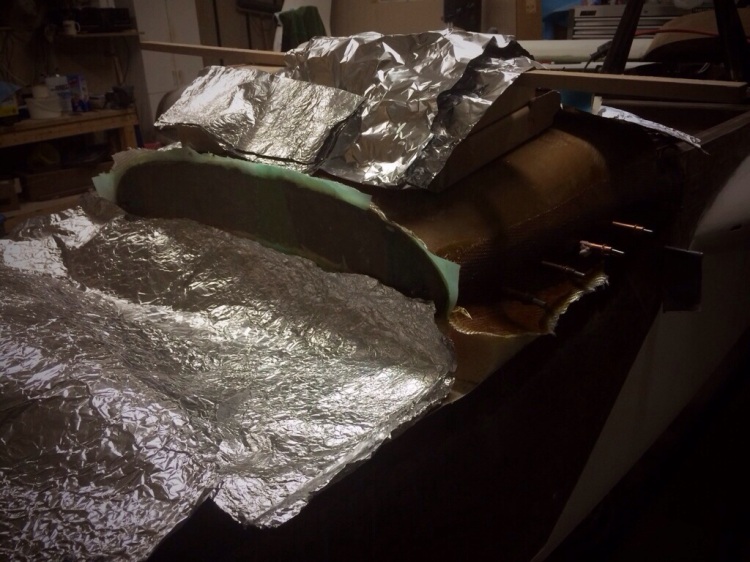 After we got the forward deck bonded on the fuselage, we worked on one of Jon’s projects. He bought a router plane on eBay and it was missing some parts. So we drilled out the base and tapped it to accept a threaded rod. We still need to make a knurled nut for it, but soon it will be better than new. 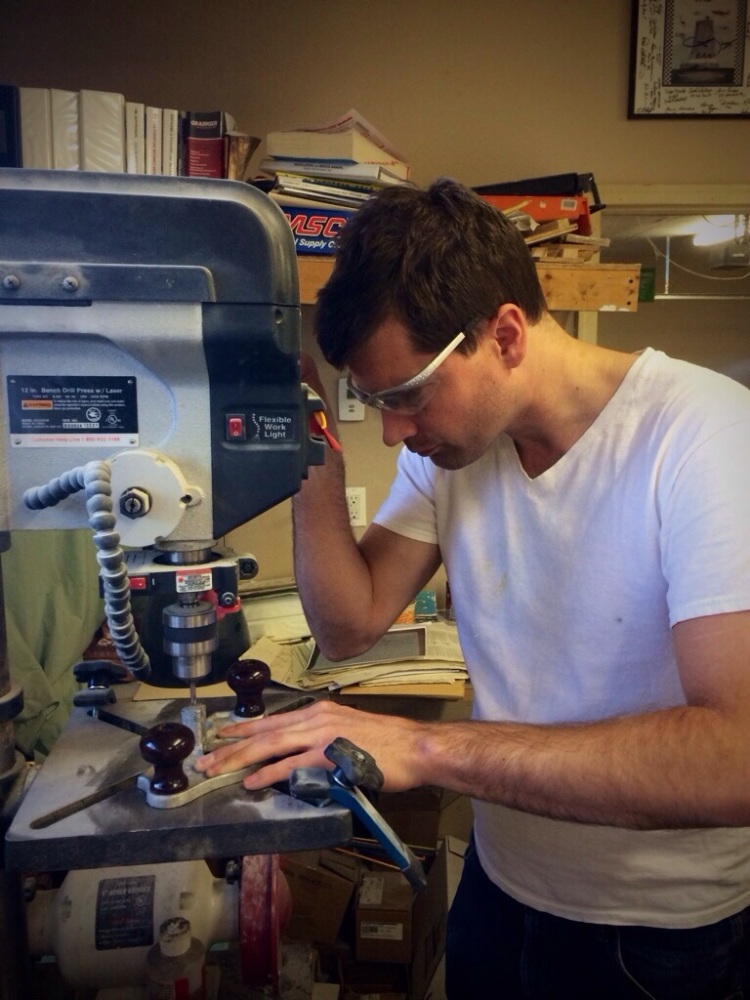 Stay tuned, there is a chance that we can turn the fuselage white with micro this week!