You know that feeling when you are all excited to watch your show on TV for the night. Then you realize it is a re-run. Not only is it a re-run, but it is a re-run of the least desirable episode. That was today in the Garaggio. You guessed it, yet more contour sanding of micro. The entirety of todays work can be viewed on the floor.

I’m really not hating on micro, but we are to the point now where I have sanded every part of the airplane about 30+ times. Even so, we still aren’t quite there yet. Luckily, Greg was able to come over today to help out and keep me on task. I can’t say enough about how much help he is. He also keeps me motivated. I am quite certain that if he wasn’t here I would have taken more breaks and done less. Greg initially focused on the nose left and right sides. 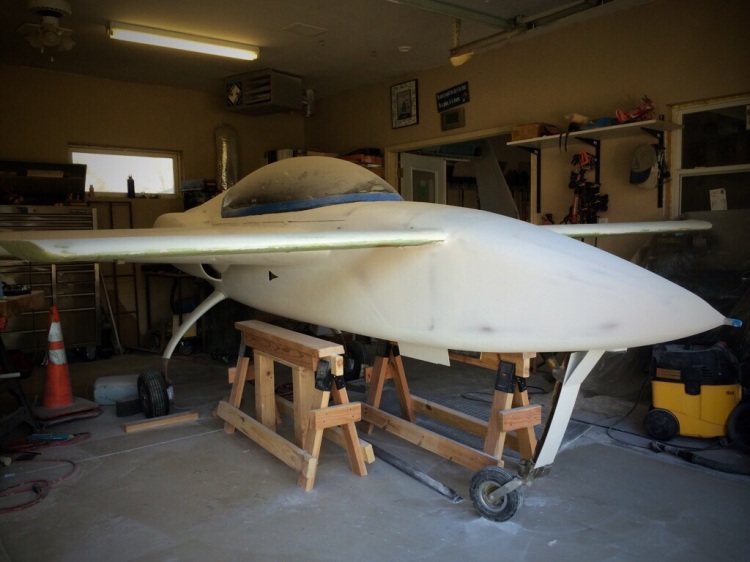 While he was working on that, I was working on the cowl. I got the right side as far as I can with the 36 grit, now since we are getting almost down to bare structure it is time to switch grits. After he was close on the nose, Greg started working on the left side of the cowl. There is still a lot to do on that side. It is starting to resemble what it will eventually look like.

As Greg routinely says as he gets ready to leave, “yet one more chip off of Mt. Rushmore.”