Jon Myers had the day off, so he came over to help keep me motivated to sand. Which is kind of an oxymoron because if there is one thing he dislikes about this project, it is the sanding. We basically kept going where Greg and I left off yesterday.

I continued on the cowl and can say that it is to contour. It is now at the sage where we can add a bit of fill to the really low spots, do one final sand and call it ready for the epoxy wipe. Incidentally, I really like this view of the airplane.

While we were here, we snapped this photo. This is looking forward through the oil cooler outlet. I like this photo because you can see that the induction air has a straight shot into the fuel injection servo (not pictured). Also you can see the route the cooling air will take. 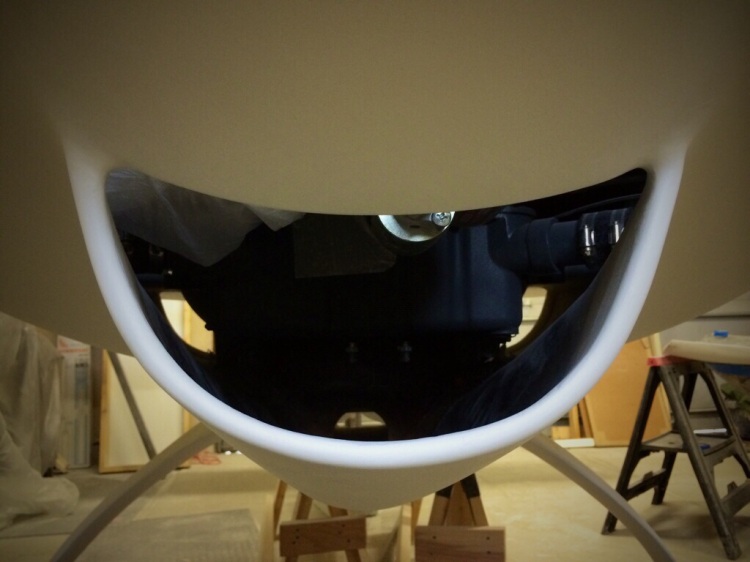 While I was working on that, Jon was working more on the canopy rails. He finished making the top sides a flat surface. Jon then was able to work on the gap between the longeron and the canopy rail on the left side of the airplane. It looked pretty ugly after removing the sheet wax. The sheet wax must have bent in certain areas and it just didn’t look right. So Jon ensured that the longeron surface was flat with a couple passes with a sanding block. Then he ran sand paper on the canopy side. It worked to even the gap. So if you are looking from a height inline with the gap, it looks consistent. 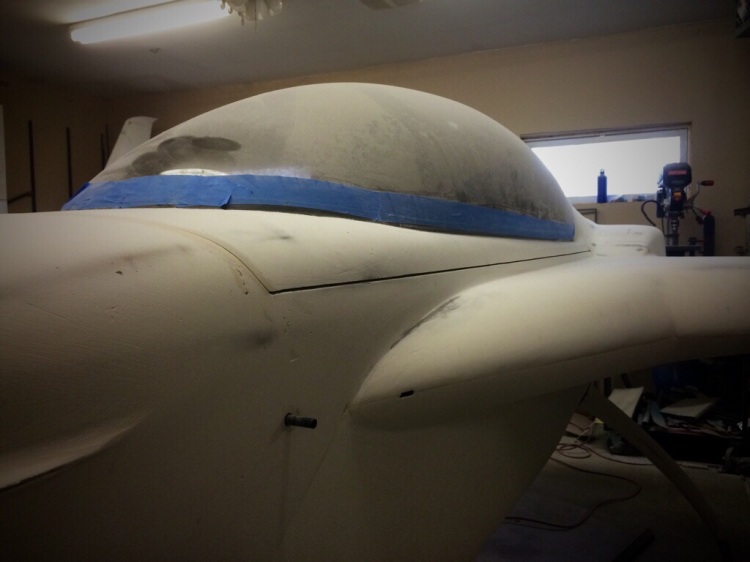 However depending on where you look form, the seam still looks like it is not straight or constant. We both came to the conclusion that it may be because of the outside contour of the canopy not being exactly right. There may be variations in the surface causing this illusion. So this area will need a bit more work.

Then we decided to open up the canopy. As expected, the canopy was binding. I modified my hinge (don’t do it, stick to the plans) to hide them from the outside of the airplane. The design constraints of this new hinge system required that I didn’t add “any” filler to a certain point along the right side of the canopy as there is minimal clearance. So we expected to have to sand there until there was enough room to get the canopy to open. No problem, right. Wrong. Now there is a very large gap on the right side of the canopy between the longeron and canopy rail. It is also, at this point very wavy. 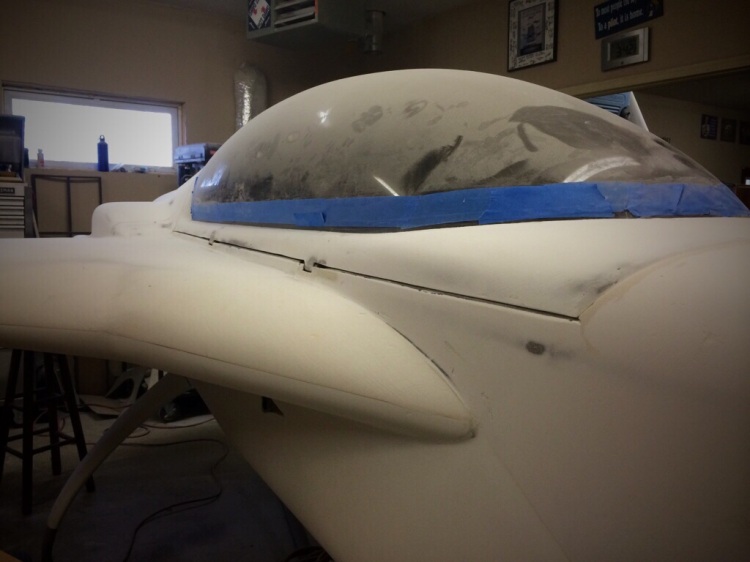 After some discussion, we decided that there was room to close the gap somewhat, but not along the exterior surface of the canopy rail. The area where there is room is between the bottom of the canopy rail and the top of the longeron inboard about 1/2 inch. So we are going to fill in these areas.

As a first step, we are going to fill and flatten the canopy rail bottom. While we are at it we are doing the rest of the canopy interior. One reason we are spending so much time on this is because it is important to have two flat, parallel sides when sealing the canopy. So we prep-sanded the canopy interior and taped off. Next step, smear the canopy. Hopefully our plan will work. 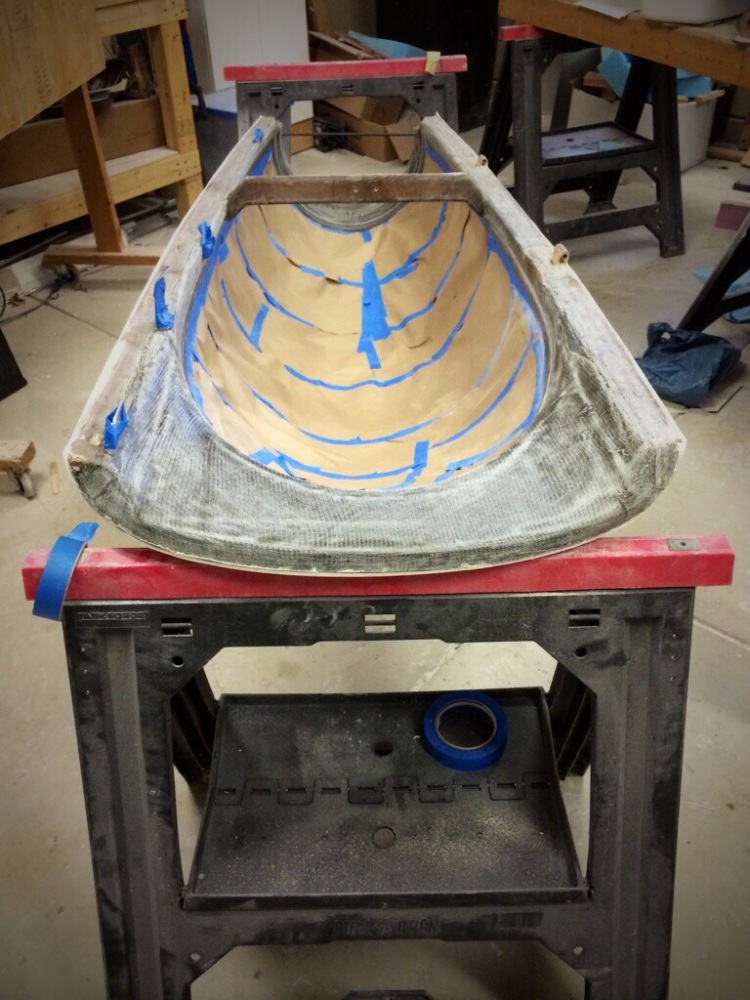