Yesterday I finished with simulator training for work and completed my checkride. I am now type rated on the Airbus 320. More importantly, being done with the sim means I get some time at home, and thus time in the Garaggio. Both Jon and Greg were able to come by and help today. It was 70 degrees outside and a nice day to work with the door open.

The big drive right now for the airplane is to get the airplane exterior to an airworthy state, meaning finished and primed. I can’t wait for it to all be one color. Hence, Operation Prime.

Once that was done we started spot contouring the remaining areas on the fuselage and cowl. Some areas needed more contouring, others just needed excess micro removed. While we were doing that, we also worked on the nose hatch. The nose hatch was stuck closed because of excess filler build up. So we widened the forward seam to allow the hatch to open. The canard saddles were also contoured as well. 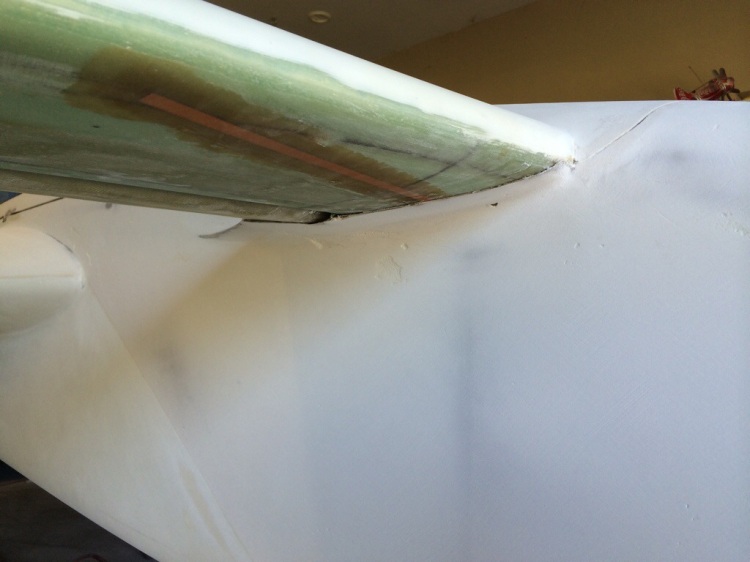 We ended the day by repairing the forward cowl seams and adding micro in low spots. In places, the cowl seams were larger than desired because the seam form warped. So we replaced the forms and added flocro to the areas needing repair. We also added regular micro to the low areas.

There are other seams that could use work, but I am debating whether or not to do this before we move on or as little projects after the airplane is flying. On one hand, seams like this one will bother me to look at. On the other hand, I could spend many tens of hours on getting these seams right. I don’t know that it is worth delaying first flight to improve the seams when it can be improved on a bad weather day after it is flying.

That was the end of the work day for me… or so I thought. I was chatting with Nate Mullins tonight, another Long Ez builder, and we tend to motivate each other. He convinced me to spend another hour in the shop and to “go to bed with something curing.” So I mixed up some micro and added some radius in the corners of the strake and the longeron. I also mixed up some microlight filler and spot filled some of the medium divots. Goodnight. 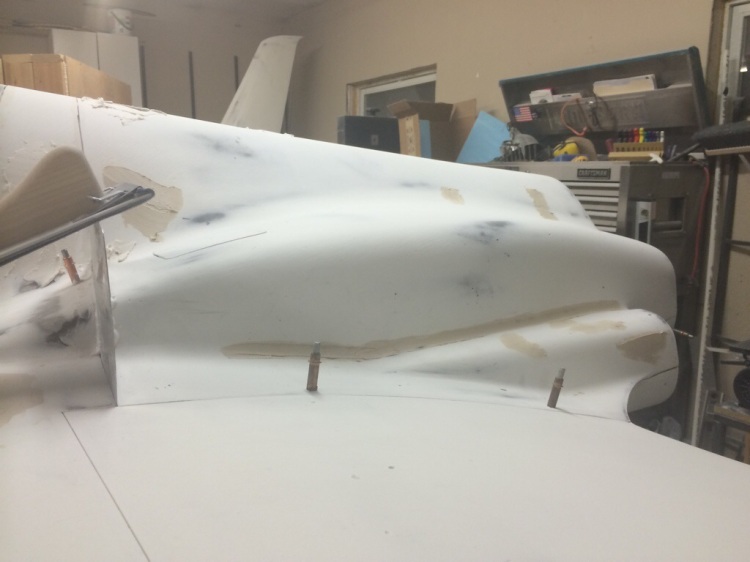 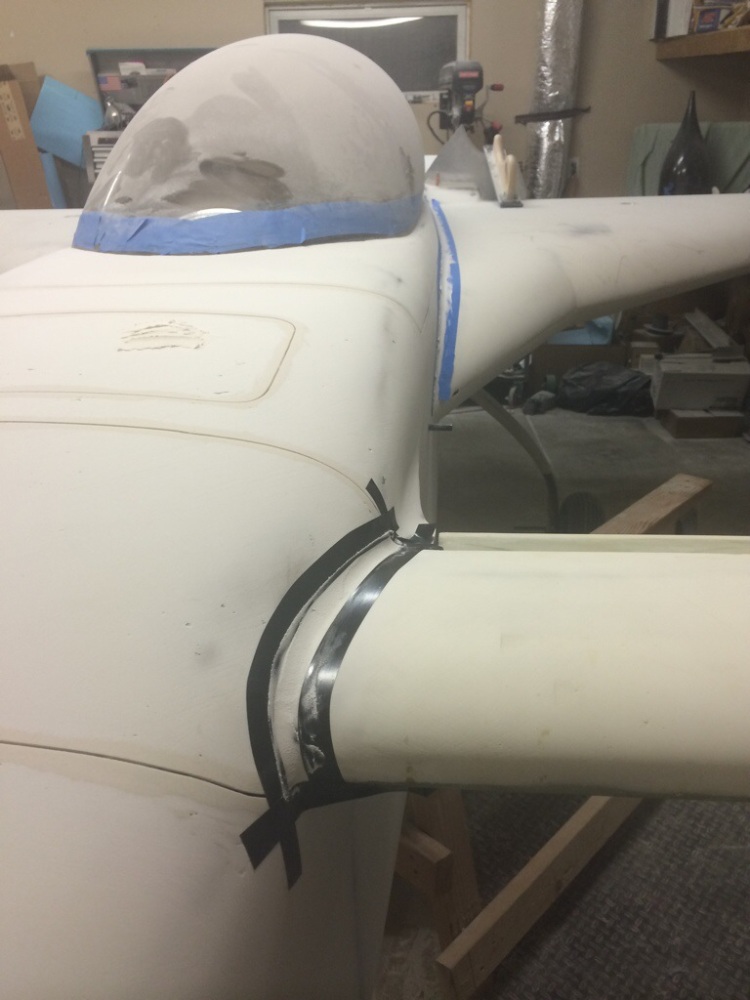