Those of you who know me know that I am not really a morning person. The different time zones I work in, plus the fact that I rarely can go to bed before midnight are not conducive to early mornings. The hustle and bustle of this week also compounded the desire to sleep in.

I couldn’t help myself. The control surfaces, canard, and touch up spots on the wing were washed, dry, and practically begging to be primed. So I did it. I got out of bed at 0630 this morning to get out to the shop. That is a Garaggio record for sure!

I was able to get two coats of primer on all surfaces (including waiting for it to properly dry between coats) before my 0730 meeting with Sean from Top Stitch Automotive Upholstery. I then returned to do the third coat after our meeting but before I had to pack and leave the house to go to work on a morning flight. Not bad for an early morning wake up call. I didn’t get any photos, but lets face it. You are all sick of seeing the same photos of the same pieces in what seems like the same color white.

The more exciting part of the day was the meeting with Sean. He is a young guy who started his own business a year ago. He specializes in high end custom cars and has quite a reputation in the local car show circles. He was telling me that lately he has been getting a lot of business from proof of concept cars for some large businesses. His business Facebook gallery of the work he has done is spectacular, and the photos he showed me on his phone were even more impressive. To make things even better, when I asked him if he had done any work on airplanes, his response was unexpected, but awesome. “A few, some of them were 2 and 4 seaters from the 60s that required a bunch of paperwork to ensure the materials were FAA approved, but others were garage projects like this where we could do anything we wanted… and no FAA paperwork.” I think he understands airplanes!

We spent the better part of an hour together. I introduced him to the project and gave him my limited thoughts on what I was thinking. From there he ran the conversation, with noticeable interest and his ideas were awesome. It was kind of fun thinking about some of the finer details and finishing touches that will make this MY airplane. He invited me to his shop next week to look through his sample books to come up with the materials we are going to use. He wants to get started in a couple weeks.

Since I didn’t take any photos today, here are a few photos I stole off his Facebook site to show you the kind of things he does. Don’t worry, I didn’t forget about Jon’s secret project from yesterday. I will post about that in the next day or two. 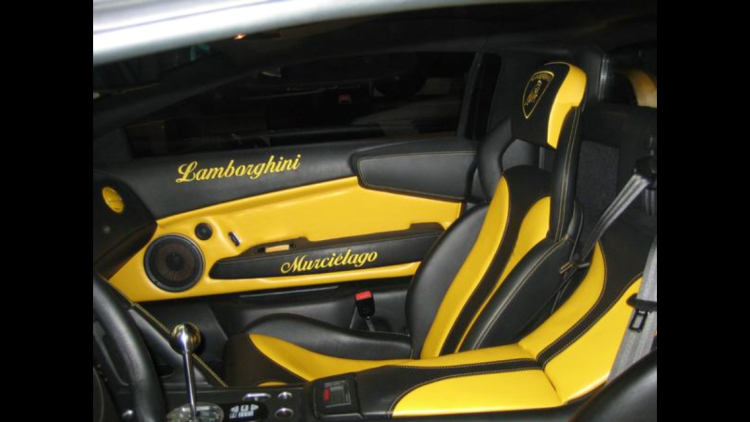