VERY. OVER. IT! Putting stuff on parts only to sand most of it back off, rinse and repeat is getting old. Luckily I’m feeling like there is a light at the end of the tunnel. As of today, there are only 2 major components that haven’t seen any primer yet. The canopy and the main gear legs. The main gear legs will be easy. The canopy, not as much. But they are coming up soon.

Today started with deciding that I needed to spot putty some places on the cowl. There were actually a lot that became apparent after washing it last night. I probably will find a few spots as time progresses.

Then I switched gears and sanded the fuselage primer. It is coming along very well. In fact, I debated only spot priming, but decided that there were enough areas that needed tweaking, that I would do another full round of primer. I think this one will be it though, with the possible spot priming.

Then, since they hadn’t been primed at all, I sanded the epoxy wipe on the front hatch, the instrument compartment hatch, and the cowl oil access door.

All were washed, rinsed, and then I put 3 light coats of primer on all surfaces. The cowl looks a lot better being all one color!

It’s back to work for me, have to do a simulator ride tomorrow. In about 5 days, guess what I’ll be doing. I’ll give you 3 guesses and the first two, “sanding” don’t count! 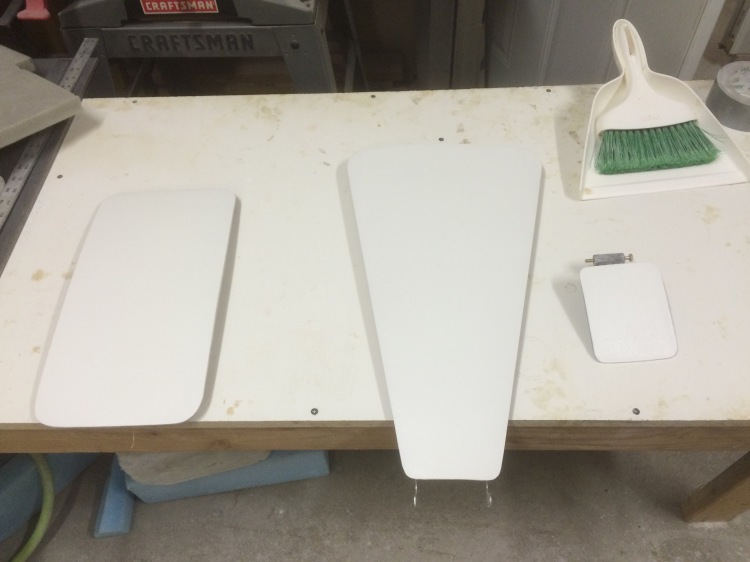 2 thoughts on “I’m Over Finishing Work”