This morning started with a few mundane tasks in preparation for the main event. The real news is that we rolled out the airplane and fully assembled her. This is the first time I have seen all the pieces put together, and at least looking the part of an airworthy airframe. Without further ado, here she is. (Please excuse the cell phone photos, I did have a friend who is a photographer come over to take some good photos, but need to get the files from him yet. I will post a gallery when I have them.) 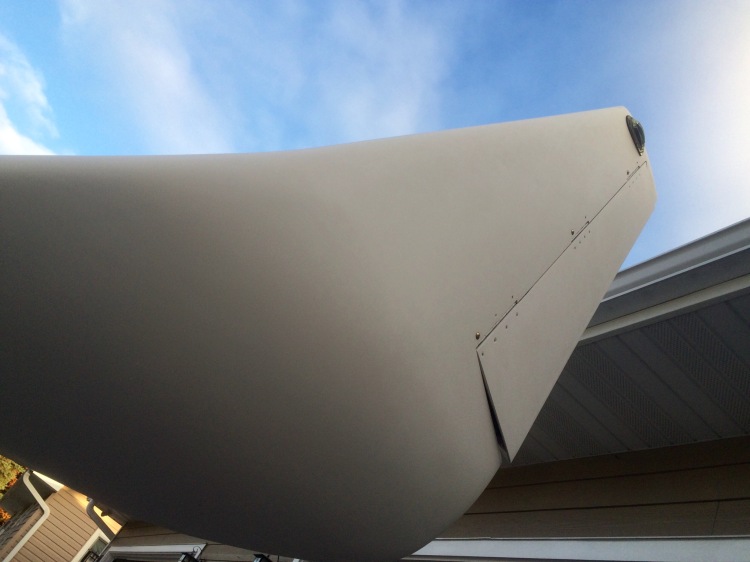 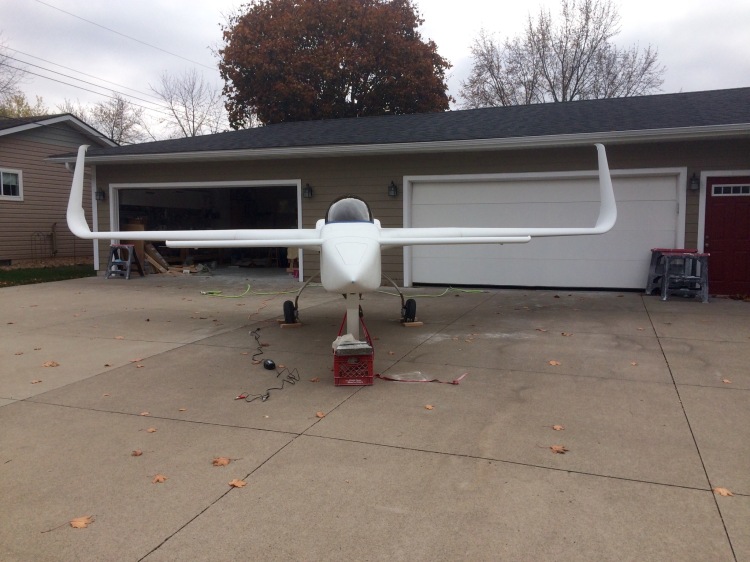 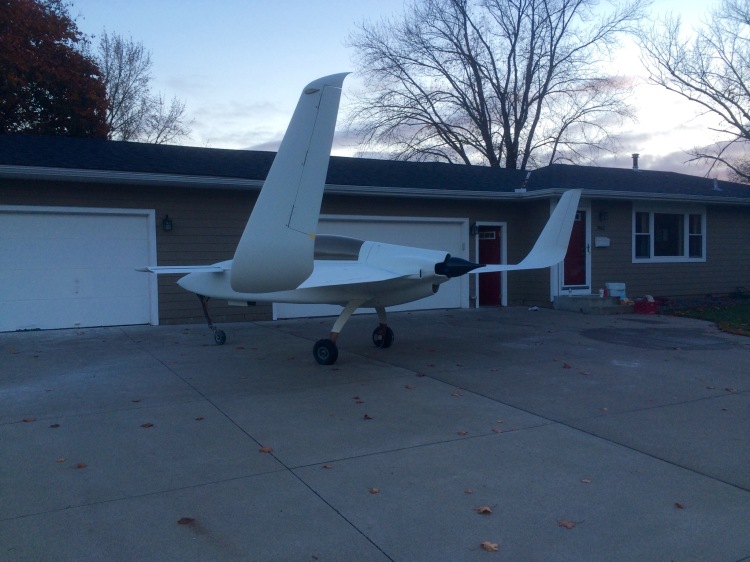 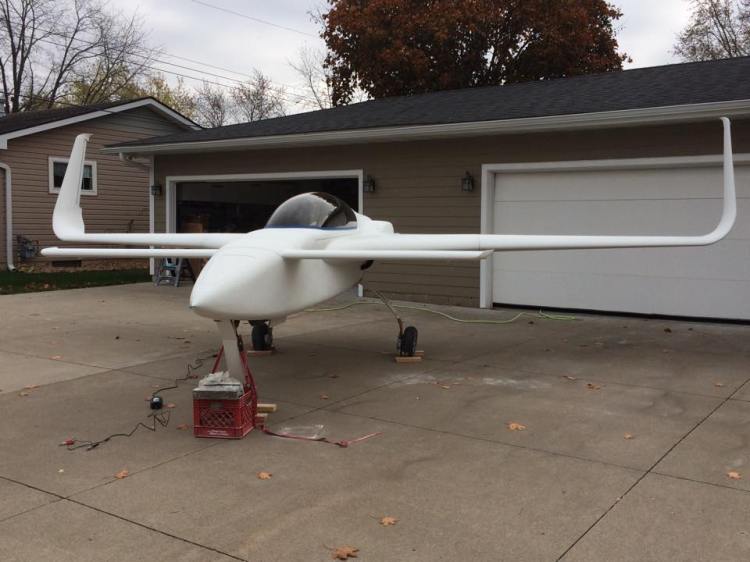 The truth of the matter is there really are not any systems installed in the airplane, and the engine is mounted but nothing is hooked up. There is still plenty of places where the filler/finishing/primer could use some touch up, but we have discussed that already. This is a “prototype” airplane, and it is getting flown with its ugly spots and in primer. As such, this primer is sacrificial and we aren’t going to spend ridiculous time on it.

While the airplane was out in the driveway, I was able to admire it for a few hours. We used the time to clean up the garage and workshop. There was dust everywhere. Still is in a lot of places. But the workshop has been overdue for a cleaning and some organization. It is finally back to a place where I am only slightly embarrassed by its disorganization, as opposed to the last 4 or 5 months when it was absolutely abysmal.

I should also mention, that I got a sneak peak at the interior that Sean is working on today. Here is a look see at the start of the pilot seat cushion. It has some wrinkles in it yet because it is still in progress…. but I super geeked out about it. I think it looks fantastic.

2 thoughts on “Grand Roll Out”