After a day of progress in the shop, Greg always says, “Another pebble off of Mt. Everest.” Today was a great day in the shop. We made progress… and all of it seemed to be FORWARD progress.

Greg started in on the last of the engine sensors, the Exhaust Gas Temperature (EGT) probes. We decided in what direction and location we wanted the probes. We also measured to keep the probes within the recommended distance from the cylinder and as consistent as possible on all four pipes. We had welds and elbows in the pipe to work around, but they are all close. Greg took off the pipes and drilled the #30 holes for the probes. A bit later, they are installed. 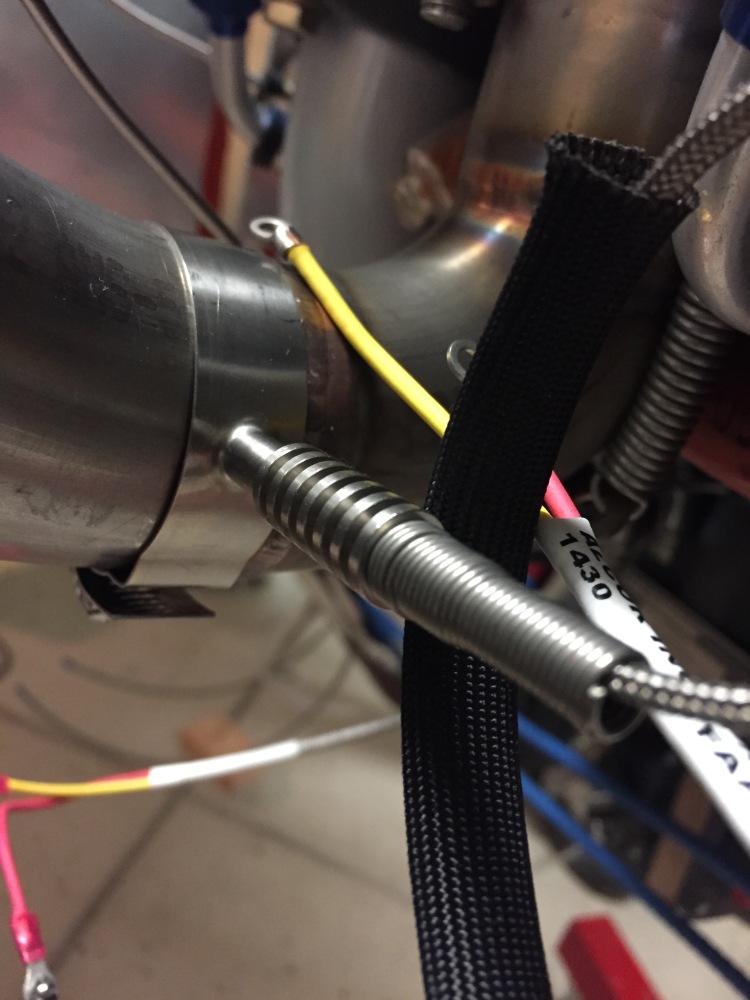 While he was working on that, I was cleaning up the bulkhead layup for the throttle and mixture cable mounts. I had to work around the wires that pass through the bulkhead, but everything is sanded and no sharp edges remain. The good news is that with the carbon in that layup, the bulkhead is very stiff. In fact i can move the airplane by grabbing on the bulkhead without any sign of relative movement. I thought maybe I would need stiffening ribs, but doesn’t seem like I do.

I reconnected the cables to the throttle and mixture levers. When I was testing the throws and rigging the cables, I was able to confirm something we observed when we were making the bulkhead. The mixture is capable of full throw at the fuel injection servo end before hitting the stops on the lever in the cockpit by about 1/8″ on the lever. This is pretty much ideal. The throttle, however, hits the stops on the lever slightly before it hits both the idle and full throttle stop on the fuel injection servo. The throttle lever is custom made, and apparently we weren’t as accurate in fabricating as we needed to be. First idea is to thin the throttle lever by 1/16″ on each side. This will give us more throw and we will still have plenty of meat left in the lever. If this isn’t enough, I can go a bit more. Worst case scenario, I make a new one, and move the attachment hole down by a fraction of an inch. Either way, it will be an easy fix.

The most exciting part of the day was fuel injection lines. With Greg’s help, I got two more fuel injector lines bent up and installed. For cylinders number 1 and 3. That means that 3 of the 4 cylinders have fuel, and only one more line will ‘complete’ the fuel system. I still have to add 2 or 3 adel clamps to secure the installed lines, but I am happy with the routing. 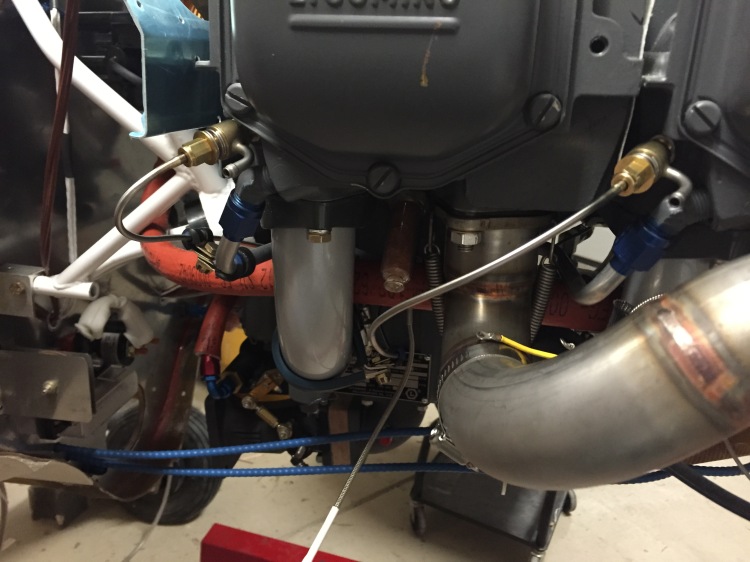 The last cylinder is going to require me to order a new line. It is the simplest line to bend, and yet I still screwed up the measurement when I was ordering the lines. So I bent up a new welding rod template to measure and was sure to be accurate even clamping it in place. I should be able to have this one next week and call the fuel system plumbed!

Tomorrow is another full day in the Garaggio, more to come.

2 thoughts on “A few pebbles”