The last two work sessions I didn’t get to writing a blog about, so lets catch up on what was done since the last post. Most of the work was electrical and Eric was here both days. Lets start with this past Sunday.

First thing was making a heat sink for the dimmers for the interior lighting and EFIS. Eric had some sitting around the house, so we made an assembly with the dimmer circuit and the heat sinks. We will wire it and see how hot it gets, but there should be enough mass here to keep it reasonable temperatures. Then it will be bonded to the top of the NB, where the nose tire retracts between my legs. 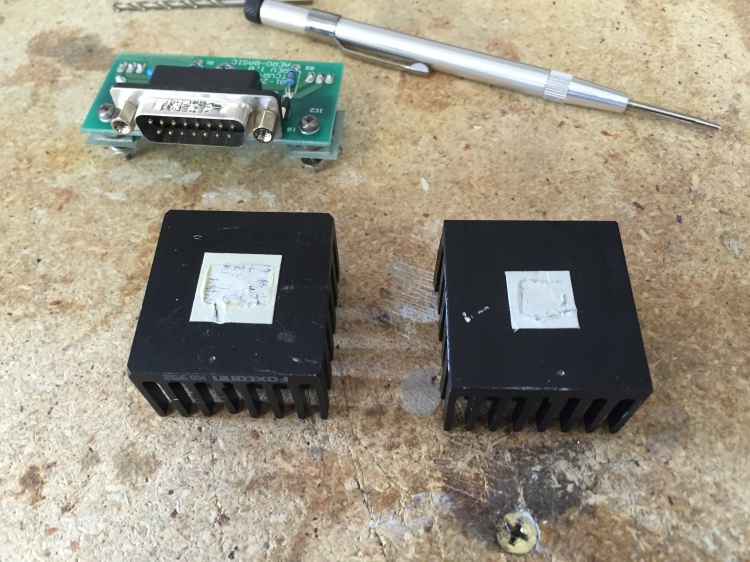 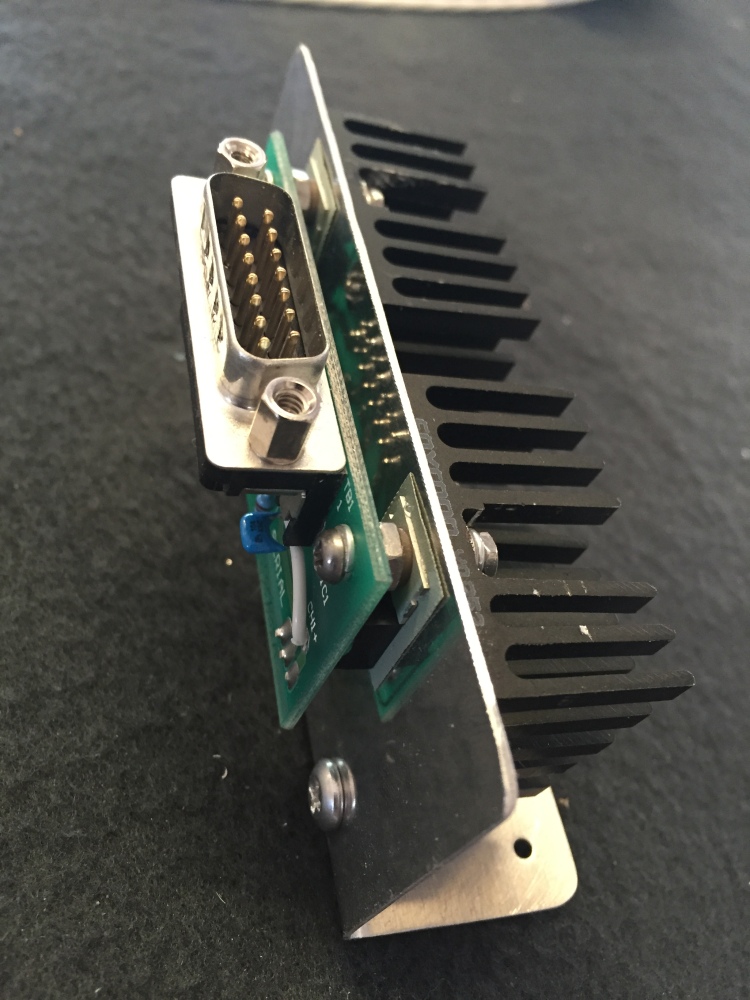 Next, we were working on the avionics on the forward shelf and decided we needed to clean up some of the wiring. One step toward that was shortening the antenna leads for the G3X GPS antennas. So Eric clipped the wires and put new ends on. This sounds pretty simple, but working with these shields and conductors that are this tiny is certainly a challenge.

Additionally we spent some time working on verifying the wiring diagram for the ignition and I disassembled part of the instrument panel to send some parts off to John of Laser Logic so that he can make the final aluminum instrument panel.

I think that mostly brings us to yesterday. Before Eric got here, I was able to get the last and final fuel line bent and installed. This for the most part completes the fuel distribution system with the exception of torquing everything down, fire sleeve, and securing hoses and standoffs. Feels good to say that. Additionally, note the bleed air rails are installed to the injectors.

When Eric got here, he got all the remaining connections done on the ignition connector. Then worked his way forward to the switches. 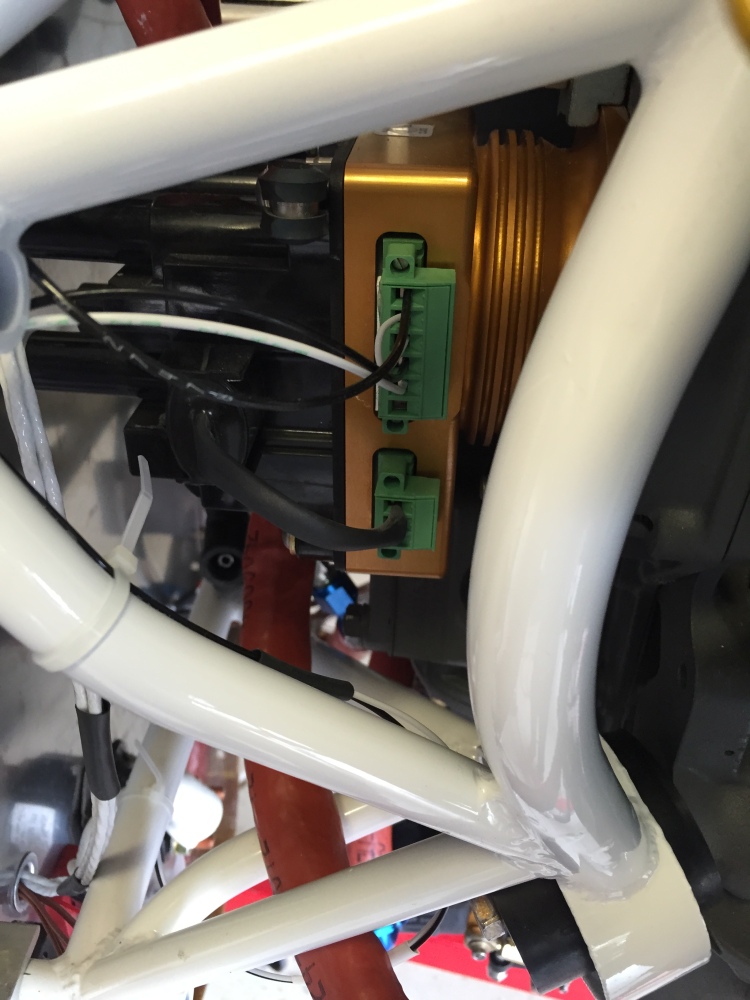 There are a few more connections to make on the switches, but all the wires are routed. 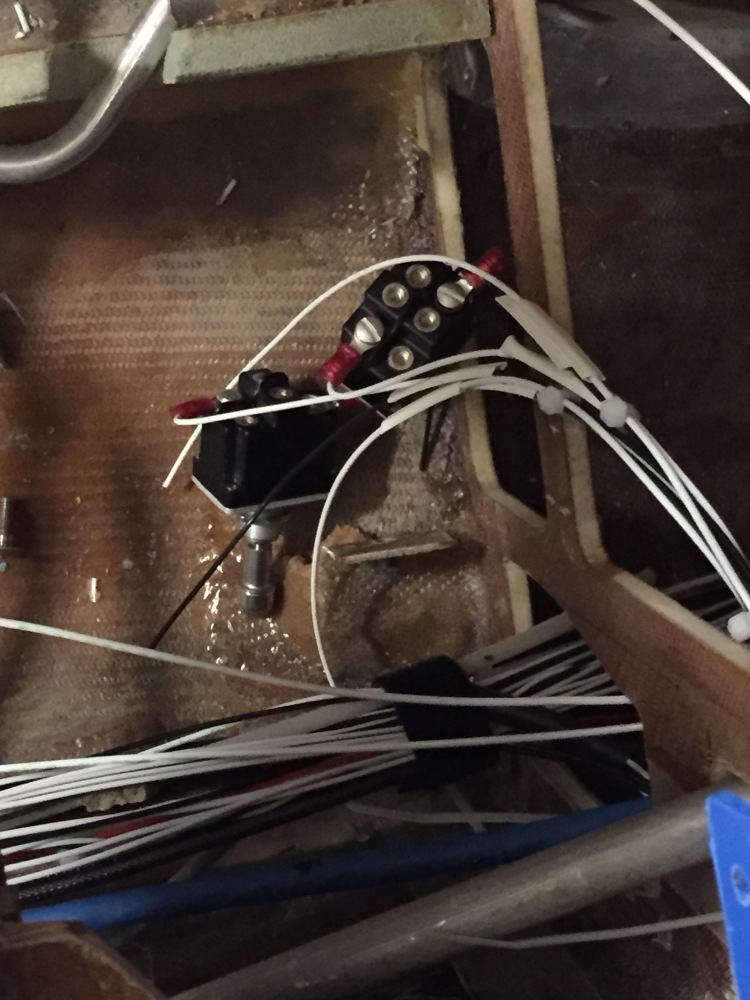 While we were doing that, we got sidetracked into cleaning up more of the wire routings and bundles. This included having to install a larger forest of tabs for the ground block. Luckily we had planned ahead and had plenty of room for it. It is amazing how many grounds there are. Everything is getting labeled so that we can tell what it is.

While we had connectors unplugged and were routing wires, we also installed any remaining pins into the VPX connectors. This allowed us to neatly route the wires into their bundles and then run the wires off in the direction they would eventually need to be. These circuits we added were for things like the strobe lights, nav lights, landing lights, fuel pump, etc. Until we figure out what we are forgetting, all the required power distribution wires are added into the VPX harnesses. We still need to wire the switches to the VPX.

In between helping Eric with wiring tasks, I also added some phenolic plates with nut plates on them. These will be the mounts for the seat heater relay and the electronics module for the fuel pump.

Devil is in the details so they say… and there are lots of them. Check back later for checking off more details.

2 thoughts on “Lets Catch Up”