Today was the day for me that builders dream about from the very first time they write the check for the plans, kit, or first parts. Heck, they dream about this day since before they can afford that and before they believe that they too can do it. I know I did. Today, a day 8 years, 1 month, and 15 days in the making, the Garaggio Ez flew for the first time. 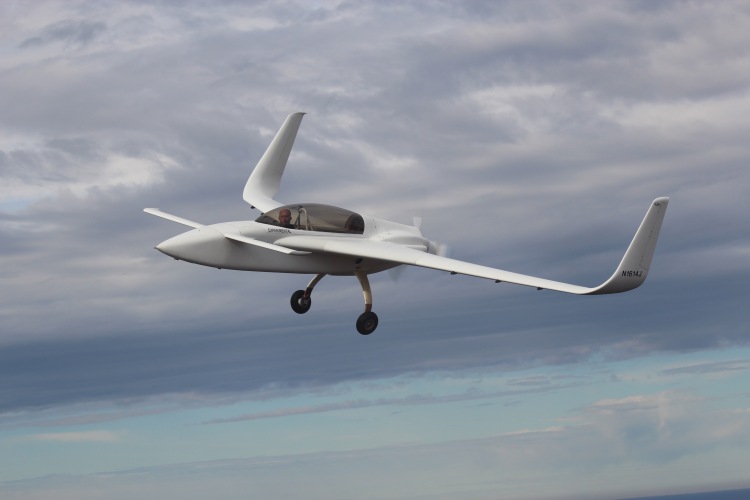 When we woke up at o-dark thirty this morning, the weather was perfect. Calm winds, high stratus clouds, greater than 10 miles visibility, and temperatures predicted into the 60s; if we could have ordered the weather we couldn’t have done better. I am fortunate enough to have a really good group of friends in aviation, and I assembled them to be my flight test team. When we got to the airport, the first order of business was to brief the plan.

Over the past few days, I have been reading Advisory Circular 90-89 which is the FAA’s experimental amateur built flight testing handbook, as well as referencing the Long EZ pilots operation handbook, as well as manuals for equipment installed on the Garaggio Ez. I took that and wrote it into a flight test plan. Plan the flight, fly the plan. If you are curious about the plan we had, you can see it on the following link.

We were able to brief the controllers in the air traffic control tower. I have to say they were phenomenal and very helpful. They routed conflicting traffic around us and never asked us to deviate from our flight test plan. Those guys certainly get it and are very accommodating. Taking the time to talk to them in person was certainly worthwhile.

Oh, I should also add, that before the briefings, all the pilots in the flight test team were tasked with conducting a pre-flight of the airplane. Especially Jon and Greg, who are co-builders and have the most intimate knowledge of the Garaggio Ez.

Anyway, we move the airplane outside, and got mounted up. We taxied to runway 18. During the run-up I did have a rough running engine when checking the left ignition. We aggressively leaned the engine and were able to clear the plugs. With a smooth engine on both ignitions, I was ready for takeoff.

I added power slowly, and waited for the canard to fly off. Then held pitch and waited for the airplane to fly off. I noticed a climbing CHT shortly after lift off. It was climbing through 405ish. I accelerated a bit and the temperatures started decreasing. Because of the extended taxi-out and prolonged run-up to clear the plugs, the temperatures had risen. But they were completely controllable with airspeed. I increased pitch to get the first 1000 feet under me, temporarily accepting the higher than desired temperatures. I knew I needed to get above 1000 feet as soon as possible to have options in the event of an engine failure. (Yesterday I flew Greg’s Long Ez and one of the things I practiced was a simulated engine failure on takeoff at 700 feet AGL. During this simulation, I was not quite able to make it back to the runway.)

Anyway, after that we climbed up to 2500 feet, and orbited the airport. Always staying within gliding distance in case of an engine failure. Temperatures all were continuing to decrease to normal levels so it was time to start flying the plan. We evaluated yaw, pitch, and roll responses and flew a few orbits. It was on the third or fourth circuit, I was actually able to relax, look around, and take a moment to enjoy it. 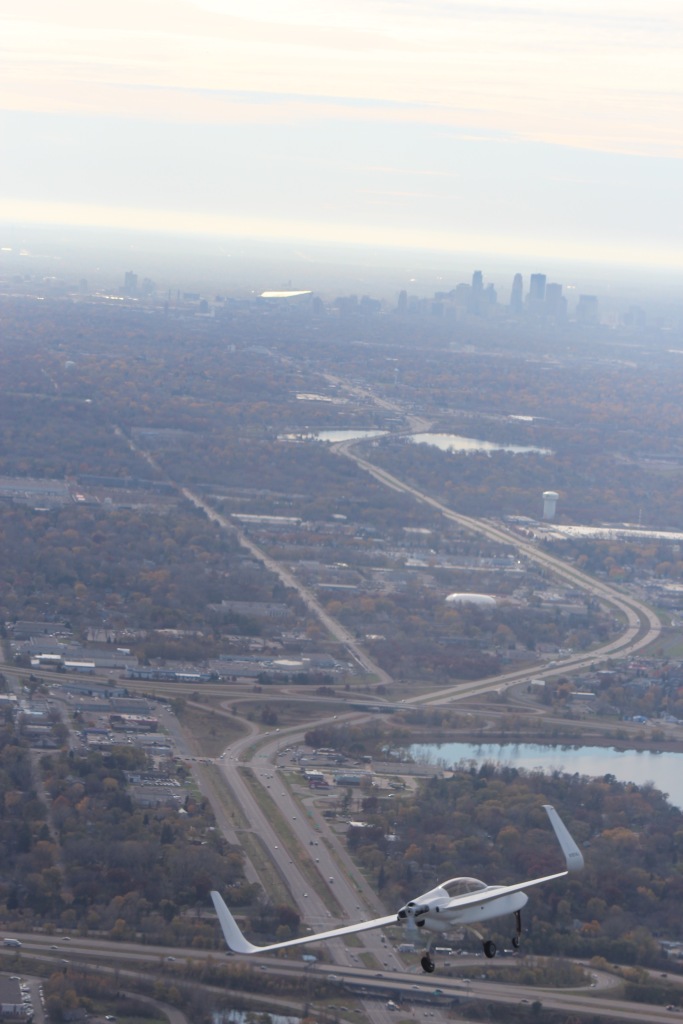 Then we did an “approach to stall.” The procedure is detailed in the advisory circular. Contrary to the name, we don’t attempt to stall the airplane. We are trying to avoid it. Basically we decelerate the airplane in 5 knot increments from the current speed to 10% over predicted stall speed. Each 5 knot increment we check flight control response, especially nose down elevator authority, the control required for a stall recovery. When we got to 1.1xpredicted stall speed, we terminated the test. The airplane was positively responsive all the way down to this speed.

Then we did a “Controllability Check.” Which is basically a simulated approach and landing at altitude. We did this one using the landing brake as well. Basically we are ensuring that the airplane behaves as expected during the approach. We do this at altitude so that if it doesn’t we have time and altitude to recover then formulate a new plan.

After that, we came in to land. I over controlled the airplane in the flare but it was a decent landing. And I may add a very successful test flight. We have 2 squawks so far. One is an EFIS anomaly with the magnetometer. The other is the ball being out of the cage about 1/4-1/8 of a ball to the left with a slightly heavy left wing. Minor squawks, and I am very happy with the airplane.

I will be working on posting some quality photo albums and video, but here is a video of the first takeoff. Bear with me while eI edit video and touch up photos before we get the good stuff out.

We did get a second test flight in today as well where we did cycle the landing gear with the primary and back up system. We also turned the fuel pump off, leaned, and switched tanks.

I have many more thoughts on the first flight. People to thank, and data to share. But It has been an exciting and long day. I have struggled to keep up with friends and family texting/emailing/calling/Facebooking (which is a good thing). If I haven’t responded to your comments or encouragement, I apologize, and I will soon. If things go my way, I will be doing more test flying over the next 2 days. But I will get the good footage and images up when I can.

2 thoughts on “She Flys”