I would be remis not to share here. On flight number 3 which happened yesterday, I got the cops called on me. Seems as though someone thought I was a drone. The cops called the tower and they told them I was nothing to worry about, and that’s as far as it got. I think it’s pretty funny that the Garaggio-Ez is already causing a ruckus.

Today I intended on flying again, but the weather skunked that plan. It was 5-7sm visibility all day and 1200 Overcast. While it was legally VFR, I didn’t feel it wise to go out and scud run with a new airplane that still is operating in a relatively small envelope and an engine that is still being broken in.

Instead I removed the cowl again and did an inspection. I found a small oil leak coming from the vernatherm. The grand total of appreciable leakage from this area so far with 5 hours on the airplane (over 6 on the engine) was two drops that migrated to the bottom of an engine mount tube. 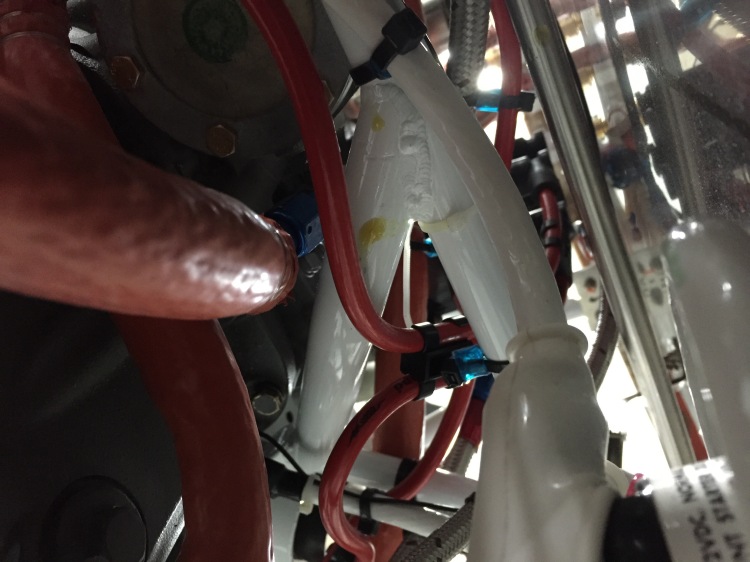 You can see that the area just under the vernatherm (grey hex that I’m pointing to) is wet. I cleaned up the area and figured I would deal with this small nuisance when I change the oil. (I was figuring I would have to remove it and thus had to drain oil.) But since then I have learned that there is a copper crush gasket and according to some people the Lycoming sugguested torque is too little for a good seal. Next time the cowl is off I think I may snip the safety wire and snug it another 1/4-1/2 turn and see if that solves it. 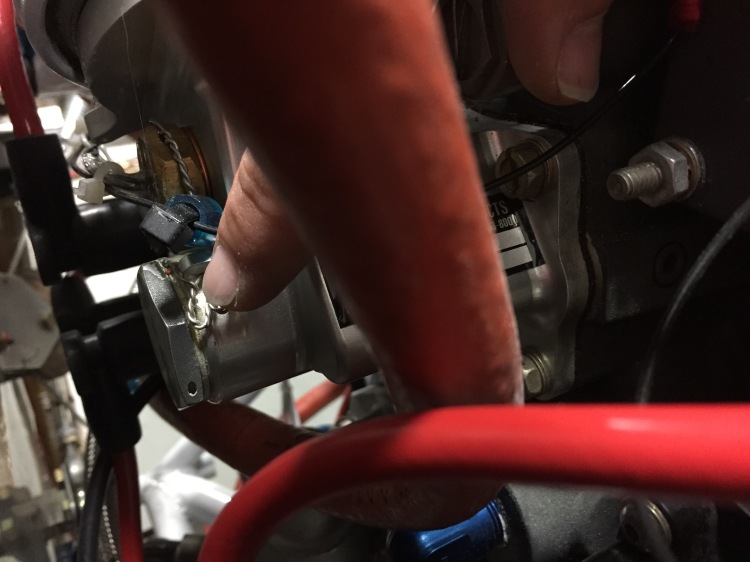 Other than that, the inspection proved uneventful. I did, however, decide that I wanted to move the rudder cable linkages to the next tighter position to compensate for rudder stretch. They are a little tight now and the rudder is slightly out of neutral. But a minimum of pressure is required to center them. Aerodynamic loads certainly will center them, and my guess is the cables aren’t done stretching. We shall see.