I haven’t posted in a while, but I have been plugging away on the flight testing required for Phase 1. Yesterday, I crossed the magic threshold of the minimum 40 hours required. As such I have signed the airplane out of Phase 1, and am now operating in Phase 2. For those of you not familiar with the restrictions, I am now no longer restricted to my assigned flight test area and I can carry a passenger.

To celebrate, I did the first flight outside the flight test area. It was all of 10 minutes from Anoka past downtown St Paul to South St Paul Flemming Field where I will base the airplane. Flemming is 5 minutes from my house, and it feels good to have the airplane home. She is liking her new temporary hangar and is making friends with her new hangar mate.

Over the last few weeks, in addition to flight testing, Greg and I have been making progress on his airplane modifications as well. He has torn into the wiring to install his new radio, a GTR200.

We have also made some good progress on his gear leg fairings. To do this we chose to remove his gear bow so we didn’t have to work on the floor. The main gear has already been out of his airplane once in its 28 years of flying, so an access cover and provisions to remove the gear were already in place. Even so it was difficult to remove the bolts. We had to make a special tool out of a piece of steel tubing. The tool nests up next to the shank of the bolt and the end presses on the head of the bolt. Then we took the hammer and worked the bolt out through the existing holes in the firewall. If you put holes in the firewall to do this be sure you cover them with Fiberfrax and stainless stee. Seal the edges with RTV. At least that’s how Gregs airplane was done 20 years ago. 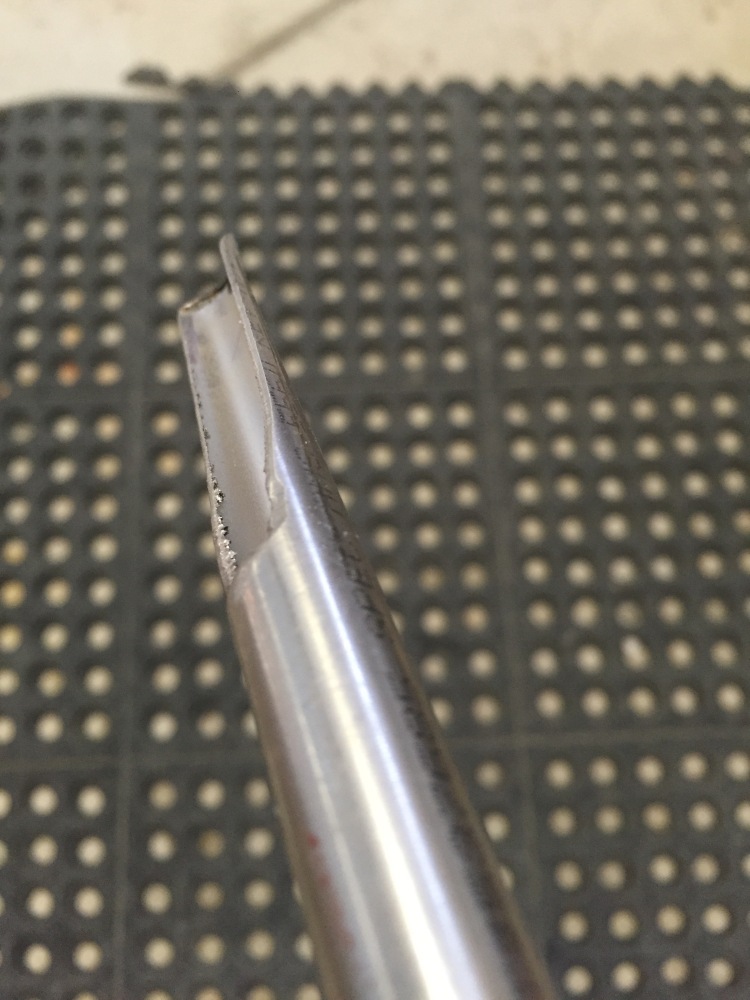 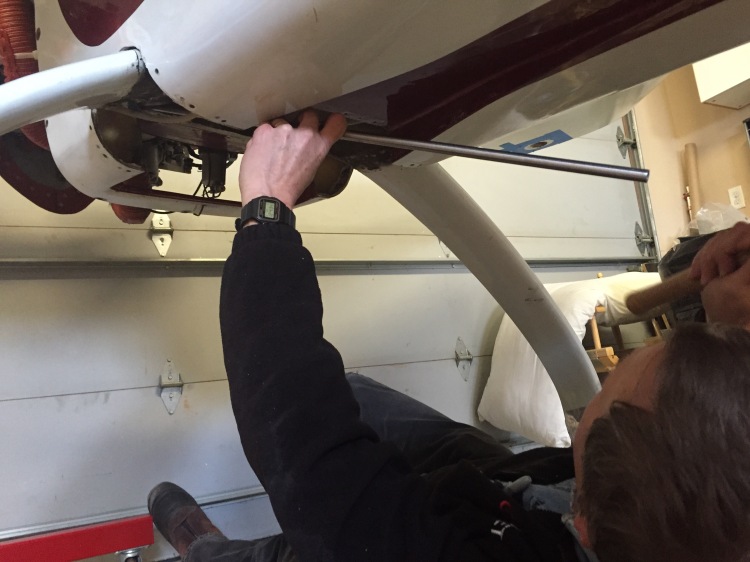 The fairings realign the airfoil cross section of his gear bow to be at zero angle of attack at his cruise deck angle and also makes it a 4:1 chord to thickness ratio. I can’t wait to see what kind of drag reduction and increase in speed we get. 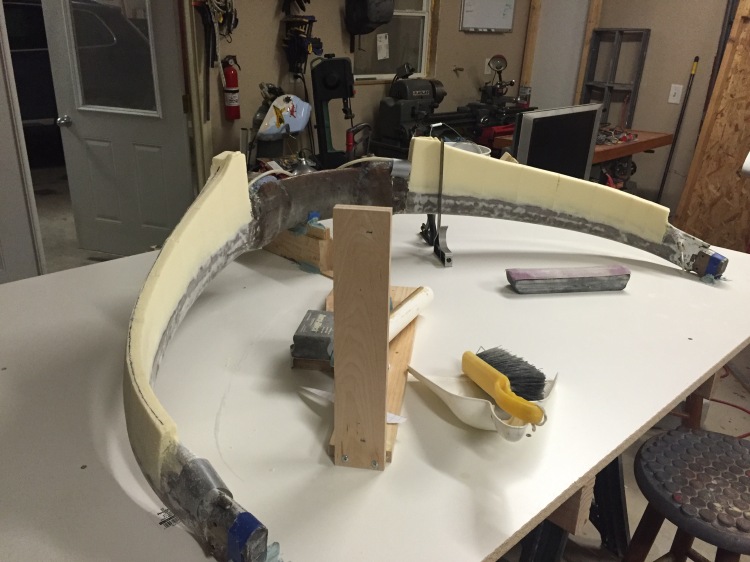