Yesterday Greg came over and we did a few odds and ends. One of which was to contour the fuel quick drain depressions, NACA fresh air inlet, and the micro light patches. 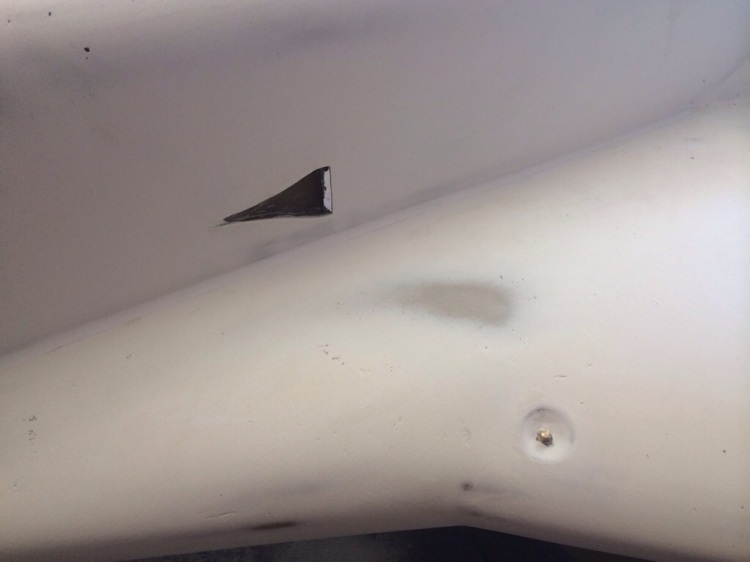 In addition, the UPS man came bearing gifts. My new wheels and brakes from Grove arrived. So naturally we had to mount the tires and brakes on the airplane. After all we need to bond in the brake line conduits and we should verify they are in the proper position. Also I had to ensure that the brake disc had adequate clearance on the gear strut. It does. They are pretty! 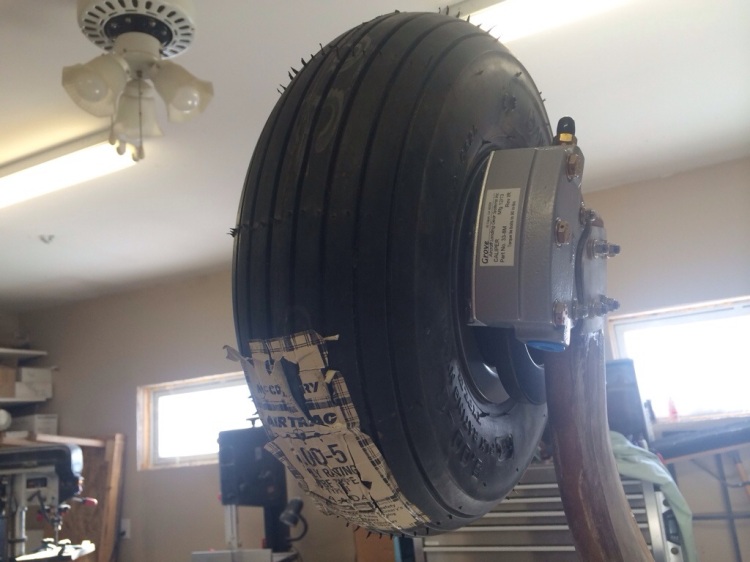 Then I had received an email from an EZ expert concerned about the small clearance I had on my gear intersection fairings. I had more than what the plans called for, but Terry told me that he had a crack start from a hard landing even with the 3/8″ clearance he had.

So after talking with Terry we have come up with a plan on how to make an attractive aerodynamic fairing that has plenty of clearance for gear flex. A drawing of the process he sent me is as follows. 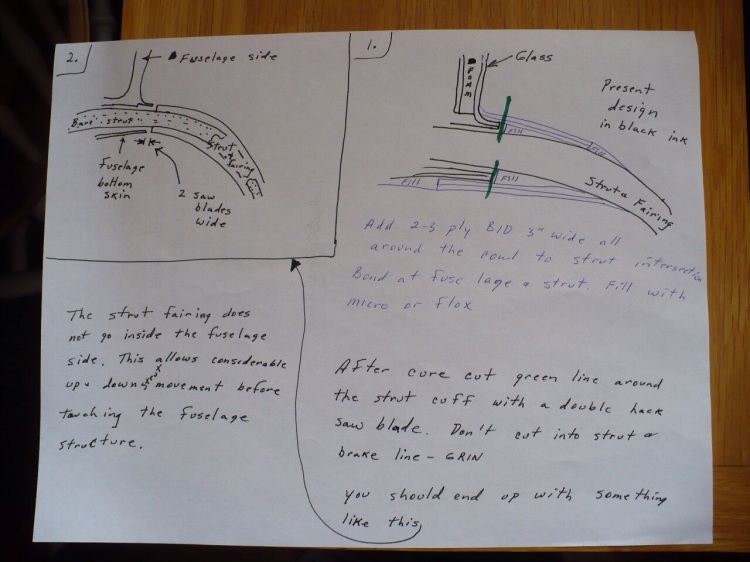 So between yesterday with Greg, and today we started hacking away at the current intersection fairings. They needed to be cut back as close to the fuselage as possible. That is because with the divergent angles, the gap gets bigger the further inboard you go. The second reason is that the closer to the gear mount points the less flex there is. So here is where I am after today’s work and the second photo is the previous gap. 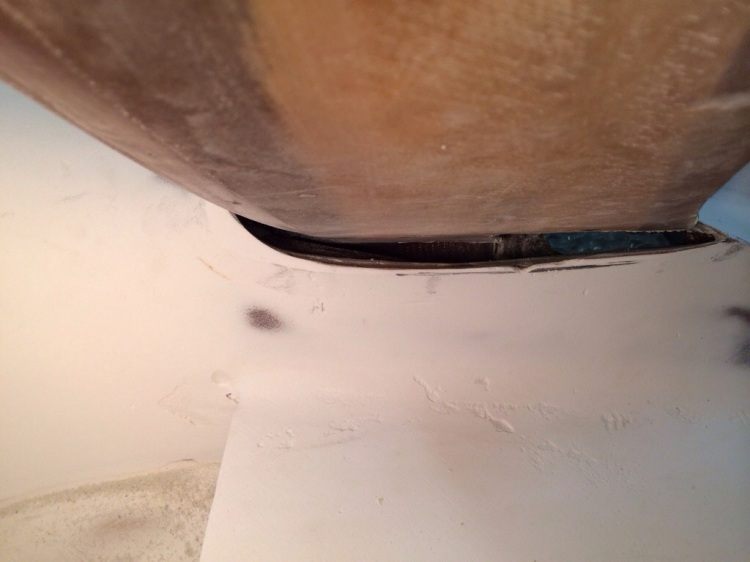 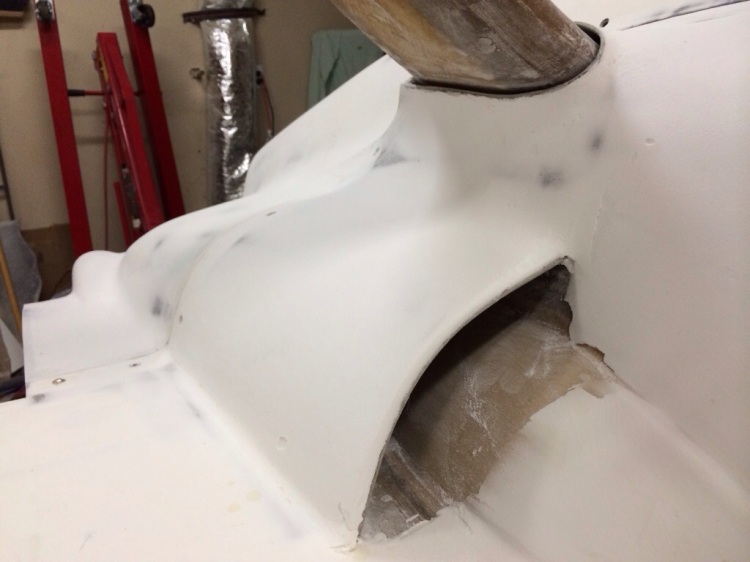 I have a little more clean up to do on this area then can do some layups to cover some exposed foam. Then we will do the brake conduit install and close out the gear leg fairing. Lastly, we will make the gear leg side of the intersection fairing. Looks like we now have plenty of room for gear flex.