Today started by releasing the bottom cowl from the top. It took some motivation (force) to do this. I found that composite hardware store shims helped. I used them as flexible wedges to separate the cured carbon fiber from the release tape.

Once the cowl was separated, I removed the peel ply. Taking that stuff off is better than opening a Christmas gift!

The rough edge stickers were trimmed. I then put the cowl back on to determine how much to trim and where the seam should end up. 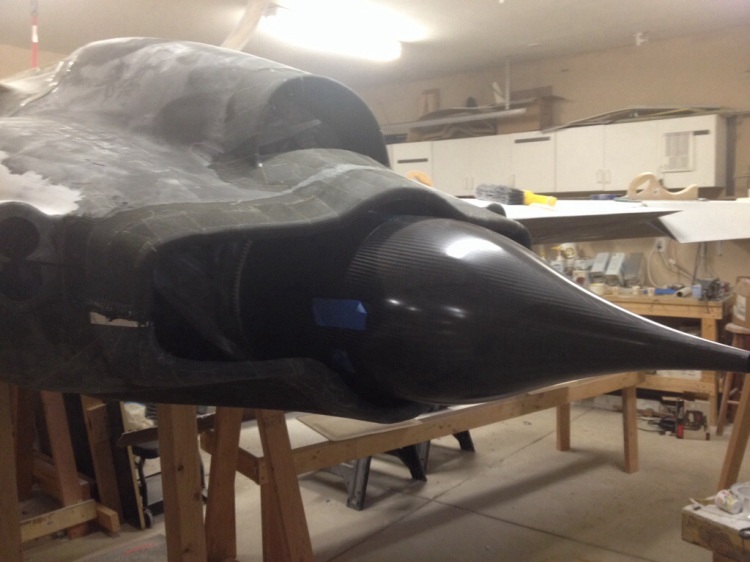 Once that was marked, off it came again and the edges were trimmed to the line. There was a small delamination, and that was fixed. 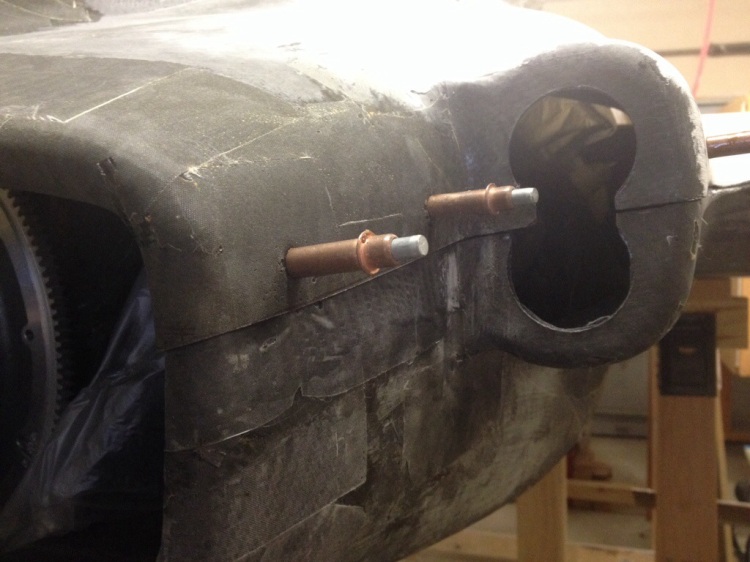 With the cowl off, I had the opportunity to work on the induction inlet. The diffuser was installed, and the the aerodynamic exterior was placed over top. This exterior was trimmed to shape and fastener holes were located an drilled. 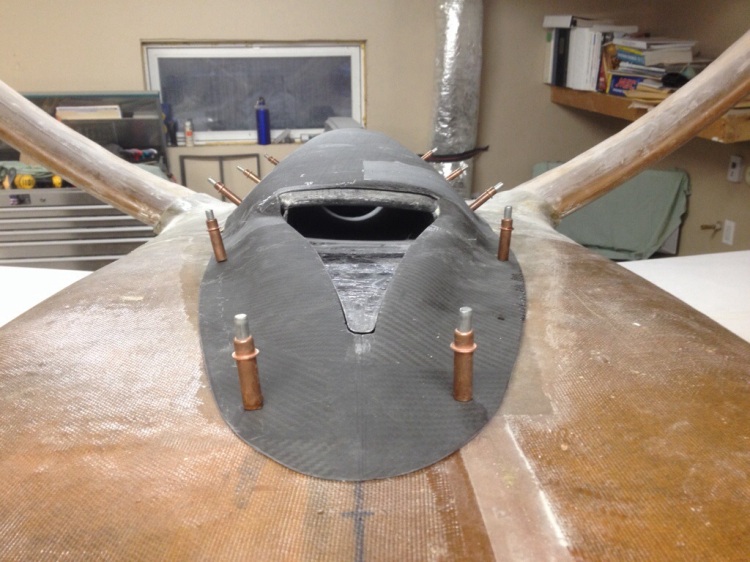 Preparations were made to protect the area inside the hell hole from pour foam, and the two parts were bonded together with pour foam taking the space between the parts. 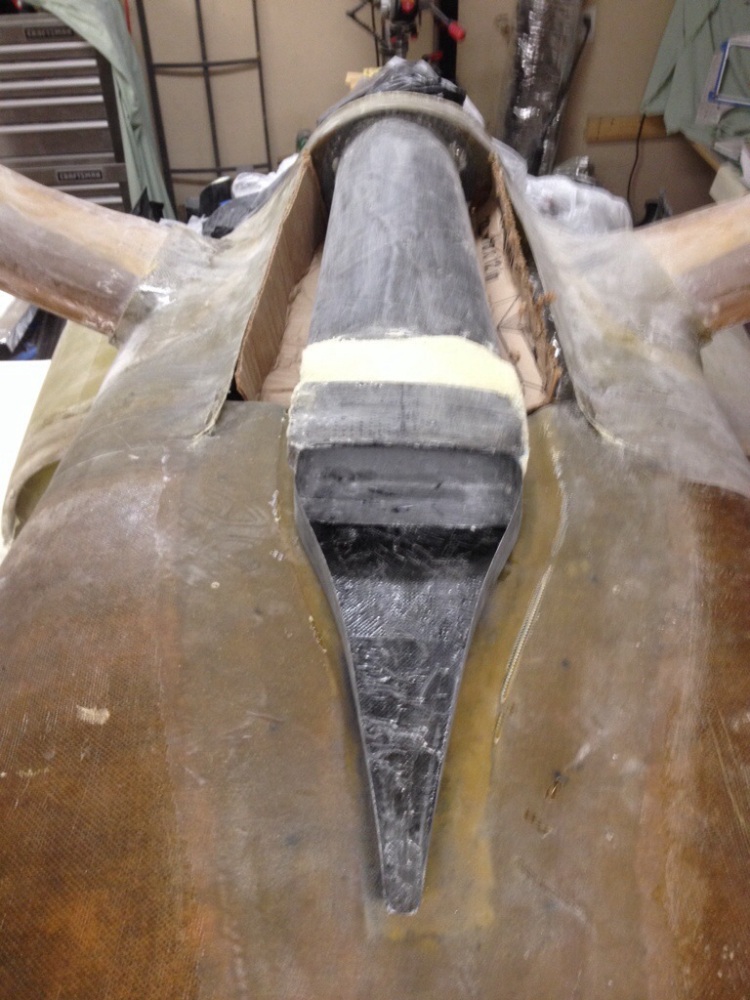 That was it for today with the exception of cleaning a bit in the shop. More to come tomorrow!