Yesterday’s layup turned out well. I started this morning by cleaning up the rough edges. While cleaning up the edges, I did find a few air bubbles around the gear sight window, and that will end up getting a little attention. One more ply bid over the top of the area will do it.

By this time Greg was here to help with the next step which was fitting some foam into the gear well for the gear doors, both over the tire and the forward door. These pieces of foam were friction fit into the areas so that they supported themselves for a layup.

Then the gear doors were laid up. I had some carbon laying around, so that is what we used. It was wet out between plastic and construction paper so that we could verify full wet out of the carbon. If I was thinking, we would have peel plied this way as well, before it was applied to the foam. However, we just ended up peel plying in place.

Since we had to wait for those layups to cure in order to go any further with the gear doors we moved on to other things. One thing we had to do prior to finishing the bottom of the fuselage is put the final fasteners in the cowl and the induction scoop. The clecos can hold these pieces in place, but the screws are necessary to pull the pieces into final place for contouring. 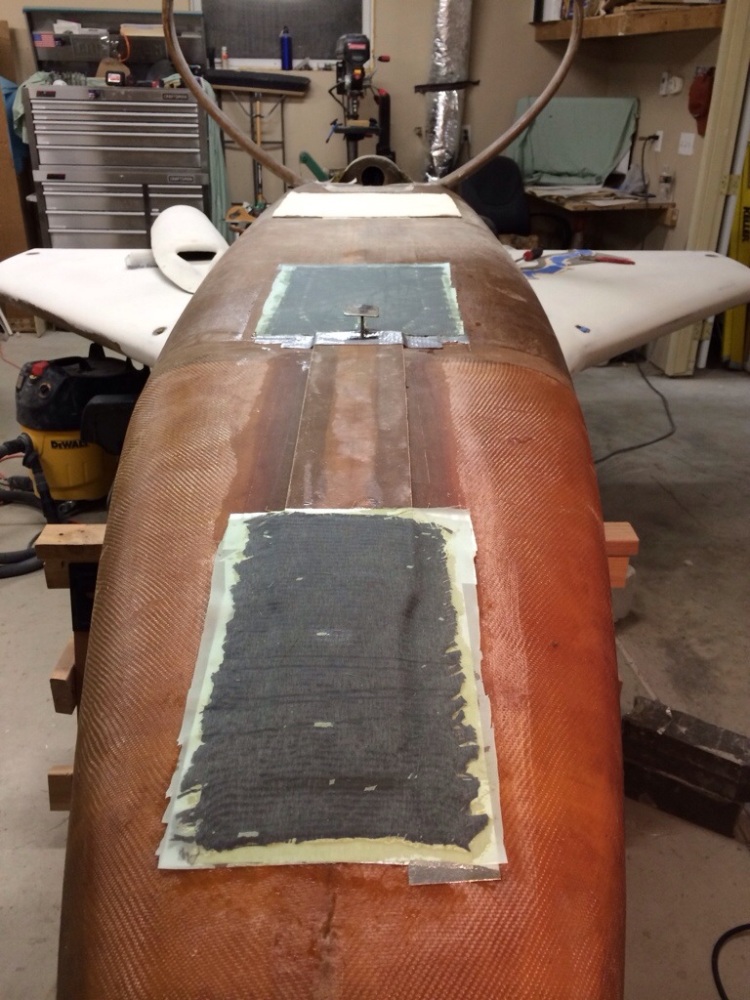 This step was pretty straight forward, but also slightly time consuming. The process was drilling the fastener holes to final dimension, then adding numerous nut plates to the forward cowl flange and the flanges under the induction scoop. 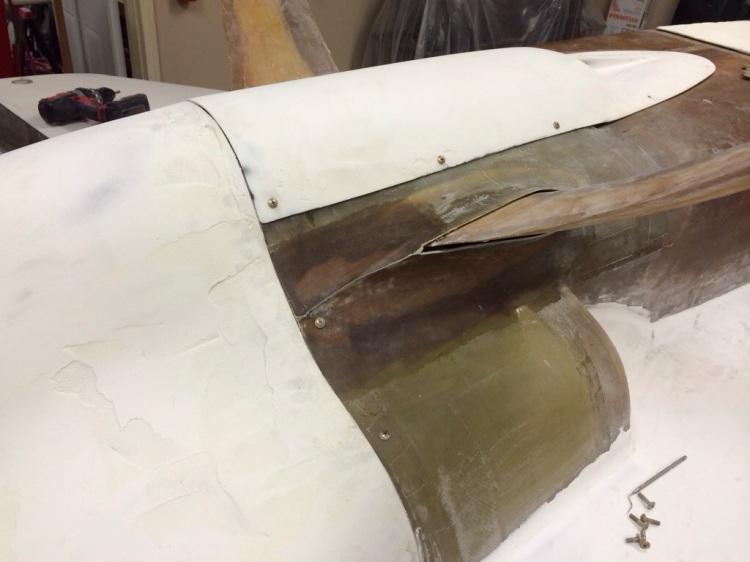 There were 4 fasteners on the induction scoop that are into the bottom of the fuselage, and as such require nut plates to be buried into the bottom skin. EZ Point nuts were just the ticket. The fastener holes were opened to final dimension. Then I used a hole saw to clear the skin in the area for the EZ point. The pilot drill was perfectly sized to use as an alignment feature for the EZ point. I verified, but simply placing the nut plate in the pilot hole worked well.

I did decide to cut some “nicks” into the EZ points as well as drill some holes to provide flox teeth or flox rivets to prevent any rotation due to the torquing loads of the screw. They were then sanded, cleaned, floxed, and bid in place. I will allow that to cure for an extended period of time before I attempt to screw the induction scoop down.

One thought on “Gear doors, nut plates, and EZ Points…. Oh my”