My trip today starts at 2300 in Phoenix, so that gave me some time in the morning to work on the airplane. Yea, more sanding on the canard. I spent a lot of time on the elevator slot today which is where the contour need the most work. The elevator slot involves lots of detail sanding with small pieces of dowels around elevator hinges and the such. It is time consuming for such seemingly little progress. But important none the less. The line, from Happy Gilmore, “My fingers hurt,” comes to mind.

The good news is I have been able to get the bottom surface of the canard relatively consistent along its span. The bad news is, it still doesn’t fit the templates… the canard is too thick. I have asked a myriad of different people and the general consensus is that it will still be a safe canard, but may have “dead spots” in the elevator authority. The hope is that if there are any of these dead spots, they are in a seldom used speed and cg regime.

I have been more than slightly disappointed in the fact that the canard ended up this way, and have expressed that to a few people in my course of polling builders on their projects and others familiar with the process. They have reminded me that composites aren’t built with micrometers. These airplanes were designed to be built using hand tools and hand cut out templates from photocopied plans. There are probably great variations in the contours of canards out there that have been flying successfully for thousands of hours. That is not say that we shouldn’t do our best with improved technology and better methods of today. But maybe my canard isn’t too much further from the mark than the many airworthy ones out there.

I had to take about 1/32″ an inch off the elevator slot area of the template. You can see what i took off in the following photo. I took the thickness of the black sharpie line off the template. This allows the template to conform a lot better across the span. At least in the trailing edge areas. 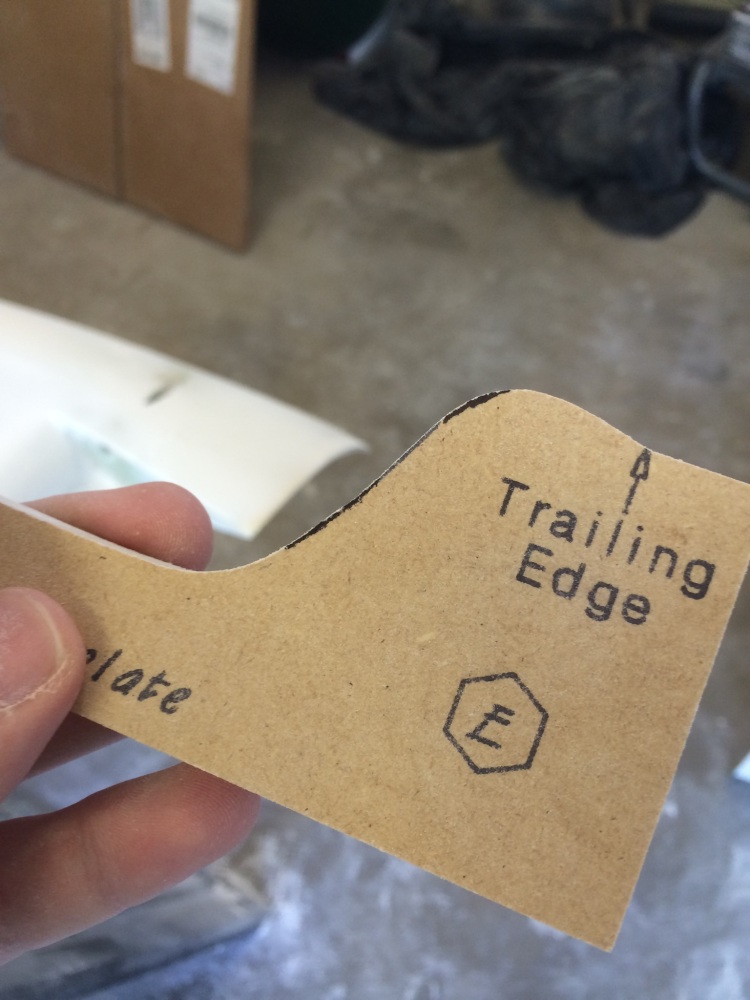 Next work session, I will be checking to see what the thickness variation is across the span. Even though the canard ended up too thick, I believe the thickness is pretty consistent. So I will add a spacer to take up the gap between top and bottom templates. This will give me more consistency when finalizing the contour. 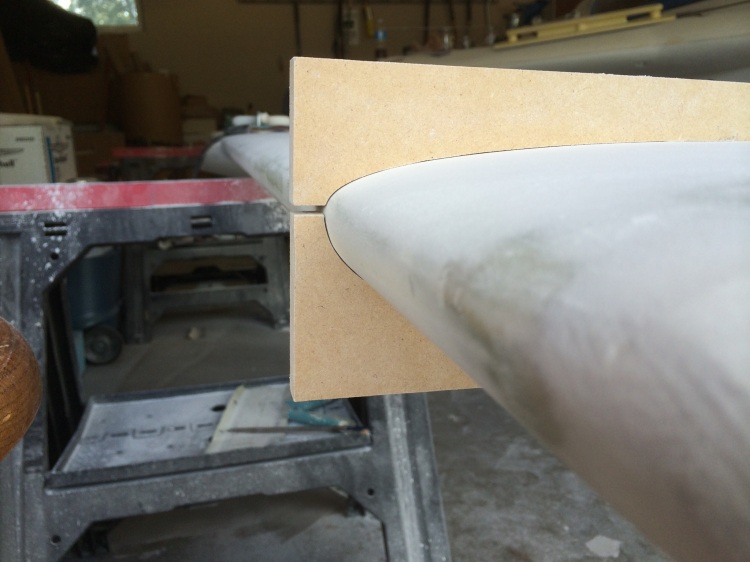 Here are a couple more photos of where we stand with the thickness. The gap between the templates are a little more than 1/8″ at the leading edge and about 1/16″ at the trailing edge. 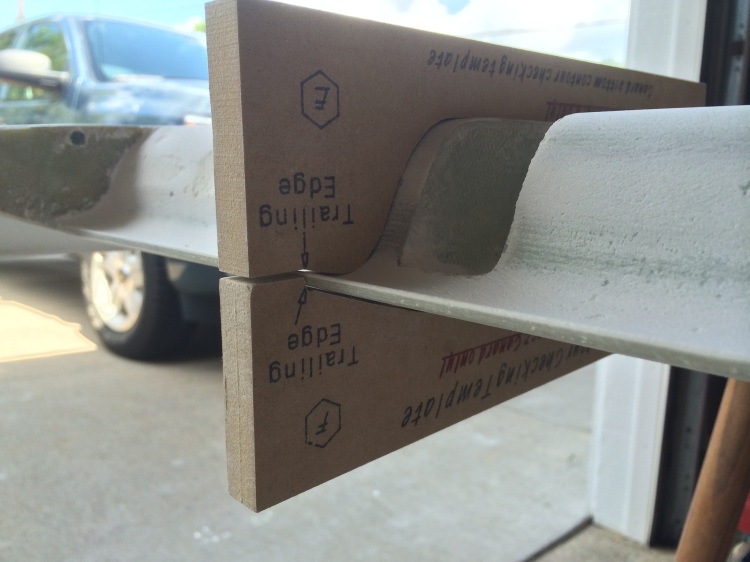 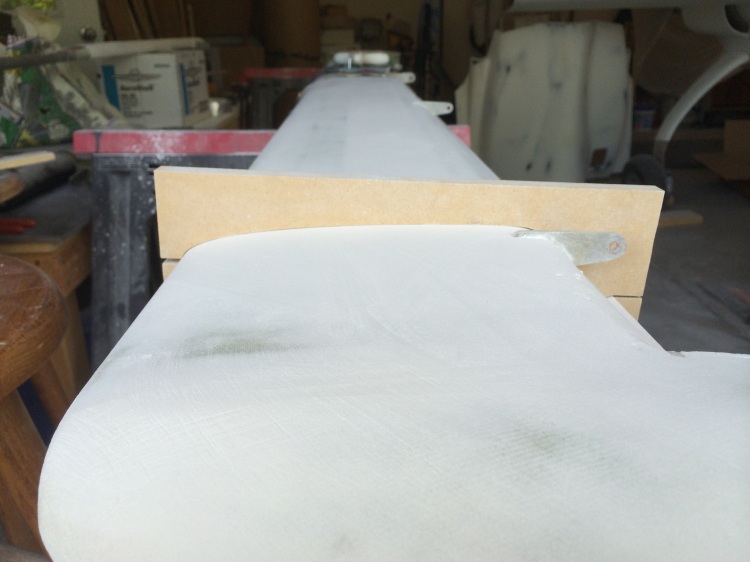 The good news… or bad, I haven’t decided which… is that I have a MSP layover tonight. So I should get an hour or two to work on… more sanding… tomorrow while I am “at work.” I suppose if someone is going to “pay” me to work on my airplane, its good news. Until the next post… goodnight.